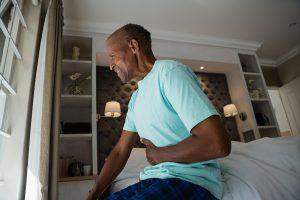 African Americans use hospice services at far lower rates than whites and are more likely to experience untreated pain at the end of their lives, according to Duke geriatric researchers.

The disparities experienced by African Americans across the health spectrum are also evident as those patients reach the end of their lives, says Kimberly S. Johnson, MD, a Duke researcher and specialist in both geriatric and palliative medicine.

African Americans are more likely to report dissatisfaction with care and problems in communicating with providers, Johnson says, although hospice use improves the care experience for patients and their caregivers.

The most commonly cited barriers to hospice use for African Americans include preferences for life-sustaining therapies, lack of knowledge about hospice, general mistrust of the health care system, and spiritual beliefs. The small number of African Americans working in hospices may also present a barrier.

“Understanding the barriers to hospice use for older African Americans and addressing those barriers is critical to increase the overall quality of life for this population,” Johnson says.

Citing data from the National Hospice and Palliative Care Organization, Johnson says that African Americans make up only about 8% of hospice patients, while whites account for more than 80%. In the United States, the population of African Americans exceeds 12%. This statistic is particularly surprising, Johnson says, because African Americans are more likely to have many of the conditions common to hospice care such as cancer and heart disease.

The gap between white and African American proportional use of hospice should send a strong signal to hospice owners to improve outreach in their service areas.

Johnson’s most recent project, published in the Journal of Palliative Medicine in February 2016, surveyed 118 eligible hospices in North and South Carolina as part of a cross-sectional survey to identify channels for more effective outreach to African Americans.