A 42-year-old woman who had experienced kidney transplant failure 3 years earlier approached Duke’s Kidney Transplant Program seeking a second transplant. Another medical center counseled her that a repeat transplant was too risky, but she had continued to pursue a long-term solution that would eliminate the need for dialysis. Duke agreed to evaluate her medical condition.

Question: How did the Duke transplant team enable the patient to safely undergo and recover from a kidney transplant?

Answer: After 3 years of work-up and treatment by a multidisciplinary team at Duke—including evaluation by 3 subspecialty groups, the discovery of multiple complex medical issues, and 2 surgeries—the patient was accepted as a candidate for kidney transplant. She underwent a transplant 6 years after the first unsuccessful procedure. Her recovery was complicated, requiring apheresis and a novel immunosuppressive regimen.

The patient’s initial work-up included an abnormal finding of ascites during abdominal scanning. Causes were identified as abdominal mass, tricuspid heart disease, and possible cirrhosis of the liver.

“This patient had an unusual constellation of complex medical issues when she approached our center,” says Matthew J. Ellis, MD, the medical director of Duke’s kidney and pancreas transplant team. “She was her own best advocate and was extremely compliant, but she would not have been able to undergo a second transplant without intensive, collaborative care at an academic medical center.”

Blood markers and CT images of the liver raised concerns about cirrhosis, so a liver biopsy was ordered by Duke hepatologist Carl Berg, MD, and performed by the interventional radiology team. Findings on biopsy were negative for cirrhosis. After receiving the negative results, surgeons removed the pelvic mass, which turned out to be benign.

The team also introduced medications to control her PH. As the possibility of transplant improved, other challenges presented. Because of an earlier pregnancy and the unsuccessful transplant, she had become sensitized to approximately 90% of potential donors.

“Finding a living donor was challenging,” Ellis says. “But her sister agreed to be the donor, which reduced the risks.”

However, the kidney did not function immediately following the implantation. “Immediately after the blood starts flowing through a living donor kidney, the organ usually starts making urine,” Ellis says. “In this case, that wasn’t happening. Given the sensitization, we were worried about rejection.”

Hematologists initiated apheresis treatments. The patient was also among the first at Duke to undergo a new immunosuppressive regimen using belatacept. The monthly infusion prevents the formation of antibodies and may reduce kidney scarring.

Within a few days, the kidney began to function efficiently. She was discharged within 2 weeks and has not experienced any complications. The patient has complete kidney function, improved cardiac function, and complete resolution of ascites. 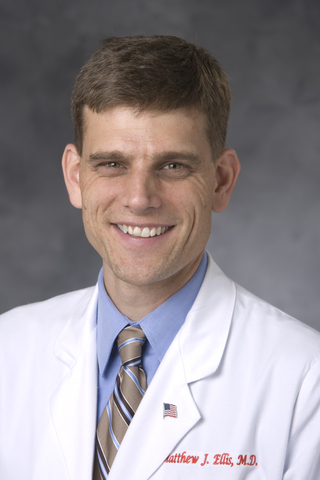