From a landmark quality improvement project led by Duke neonatologist David T. H. Tanaka, MD, in the early 2000s that led to implementation of bar coding in Duke’s pharmacies and a drastic reduction of adverse events from medication mixing errors, to today’s ongoing projects involving infection prevention, antibiotic stewardship, antenatal steroids, and other clinical areas, Duke’s Division of Neonatology and members of the Duke intensive care nursery (ICN) team continue to be at the forefront of quality improvement efforts that reduce sepsis, improve survival, and benefit the smallest, most vulnerable patients for the rest of their lives.

“This is undoubtedly a collective effort,” says neonatologist Kamlesh V. Athavale, MD, MBBS. “Current projects are working towards reducing ICU admissions for neonatal hypoglycemia, judicious antibiotic utilization in our unit, and reducing unplanned extubations, to name a few. Whatever the initiative, we succeed with the collective efforts of the entire health care team—medical providers, nurses, respiratory therapists, pharmacists, nutritionists—and we’re now starting to incorporate families into the teams.”

With studies in the 1980s and 1990s indicating a high prevalence of infections among premature infants, many clinicians believed that infections in premature infants were unavoidable due to infants’ undeveloped immune systems, but Cotten and his medical and nursing colleagues said, “maybe not.” Through participation in local, and more recently multicenter VON trials over several years, Duke implemented new protocols in the neonatal ICU (NICU), such as central line insertion bundles, standardized line care protocols, and provider education programs.

As a result of the initiative, rates of late onset infection in preterm babies were dramatically reduced at Duke and at NICUs nationwide, with a corresponding increase in survival and decrease in neurodevelopmental delays that can result from lengthy NICU stays.

A Duke initiative known as Reducing All Infections in Neonates (RAIN) was a nursing-led, comprehensive infection control program that produced and has maintained a reduction in bloodstream infections (BSI) in infants. The multiyear initiative, published in Advances in Neonatal Care, resulted in a 92% decrease in BSI over a period of more than five years.

Neonatologist Rachel G. Greenberg, MD, MB, MHS, who serves as lead statistician for PQCNC and a collaborator with the Pediatrix Medical Group, which cares for approximately 25% of all the NICU patients in the U.S., was the lead author of a study on reducing the risk for central line-associated bloodstream infections in the NICU, published in Pediatrics.

“Central lines are life-saving interventions for infants hospitalized in the NICU, but they are associated with infections,” she says. “Our work provided important guidance for clinicians regarding how long central lines can safely stay in place.”

The effects of prolonged duration of antibiotic use in extremely premature infants have been the subject of a number of Duke studies and initiatives, as well as a VON report for which Duke was a participating site.

Greenberg was the lead author of a 2019 study published in Pediatric Research, which found that since the mid 2000s, when empirical antibiotic use was high, antibiotic stewardship efforts have reduced antibiotic use by approximately one-third.

“Antibiotics are a critical tool in fighting infections in the NICU, but the important thing to realize is that there needs to be a balanced approach to antibiotic use. Our study showed that neonatologists across the country are responding to growing knowledge that prolonging antibiotics unnecessarily could be harmful,” says Greenberg.

Antenatal Steroid Use in Women with Hypertension

Administration of antenatal corticosteroids (ANS) to women in anticipation of preterm birth, which helps accelerate infant lung development, confers a benefit similar to an additional 1.1 weeks of gestational age on the risk for death. With access to VON national and North Carolina statewide data Duke neonatologists noted that premature babies born outside of tertiary centers in North Carolina had lower rates of ANS exposure than babies born at tertiary centers.

“We wondered about disparities in levels of maternal care in the state,” says Cotten. The result was a collaboration with PQCNC on a study of disparities between the ability of rural, community hospitals to provide ANS compared to tertiary care centers. Initial results from the study were published in March 2020 in the Journal of Perinatology.

“This story is only half-finished,” Cotten notes. “Initial results showed that there are some racial and socioeconomic disparities in ANS use, so now we’re working on efforts to help ensure mothers with hypertension receive steroids before giving birth out in the communities.”

Cotten says work is continuing on more quality improvement projects based on Duke research studies, including:

• associations between the use of antacids in premature infants and complications and mortality; and

• risks and benefits of vaccinations in premature infants.

“We’re really working to make local differences as well as broader differences across the state and the nation in the care of our patients,” he says. “We have great people working on meaningful, quantifiable projects that impact clinical practice and improve outcomes. This will continue to be our priority going forward.” 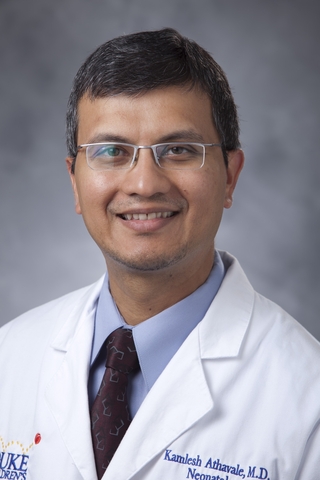 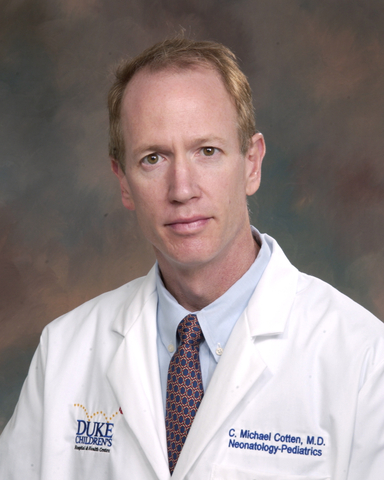 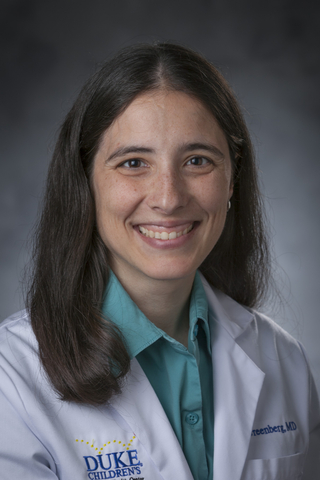