Performed for the first time at Duke in June 2020 to treat a patient’s deteriorating condition, the use of stereotactic body radiation therapy (SBRT) is believed to be the first application in North Carolina, Duke specialists say.

A man in his mid-70s experiencing incessant VT episodes had been rushed several times to the ED for urgent ablation procedures. As a result of VT, the patient remained unstable and critically ill, says Albert Y. Sun, MD, his Duke cardiac electrophysiologist. The patient had several comorbidities, including end-stage kidney disease (ESKD) requiring dialysis.

“During multiple ICU visits, he was experiencing rapid escalation of VT episodes over nearly two months,” Sun says. “Unfortunately, his options were limited.” Despite partial success with multiple ablations, the source of the arrythmia had not been completely eliminated, Sun says.

Months earlier, a team led by cardiac electrophysiologist Jason Koontz, MD, PhD, cardiology fellow Zak Loring, MD, radiation oncologist Manisha Palta, MD, and Sun began researching the potential use of SBRT at Duke. The procedure attracted specialists’ attention following a study published in the New England Journal of Medicine. After studying the procedure, including extensive discussion with the team that pioneered the procedure at Washington University in St. Louis, Duke specialists developed a protocol and rehearsed the procedure. 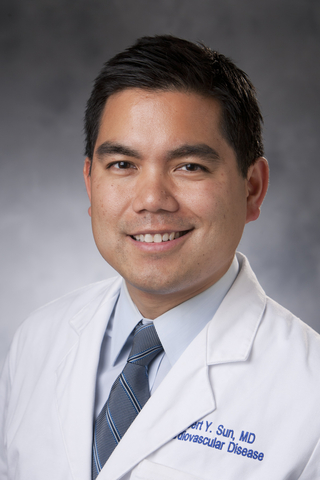 During multiple ICU visits, he was experiencing rapid escalation of VT episodes over nearly two months. Unfortunately, his options were limited. Despite partial success with multiple ablations, the source of the arrythmia had not been completely eliminated.
Albert Sun, MD, cardiac electrophysiologist

Radiation oncology is used occasionally to treat some benign disorders, but primarily for cancer therapy, Palta says. “This was a unique situation that required a cognitive reorientation for our team,” she says. “When we think about radiation therapy, we try to avoid the heart because of the risk to the organ. But in this therapy, the team was required to target the heart with a high dose of radiation.”

When the difficult case reached a crisis point, Sun, Koontz, and Palta discussed the SBRT option over several days with the family, disclosing risks and uncertain consequences. The patient and family wanted to proceed.

Several steps were taken before the therapy began, says Palta. A fitted mold was created and a complex radiotherapy plan was developed to treat the target in the heart and minimize damage to nearby tissues. Complex ablation procedures usually require hours, but the radiation therapy was completed within minutes.

The radiation therapy was successful, completely eliminating symptoms associated with VT. The patient left the hospital and returned home, free of VT symptoms. The patient’s wife says the months following the procedure were the man’s most relaxing in years. 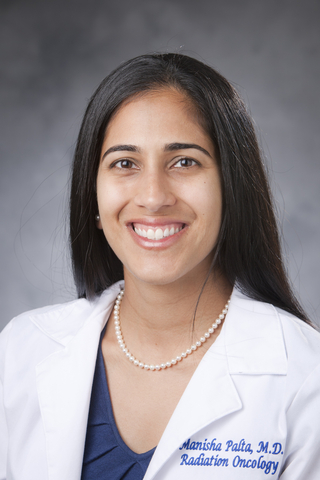 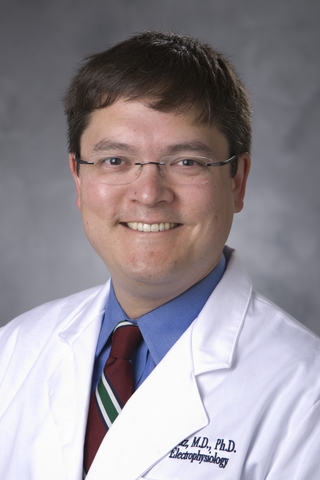