Duke rheumatologists identify risks among women who are ‘ambivalent’ about pregnancy

The comprehensive pregnancy planning website, which is paired with a handout that offers step-by-step practical guidance, are accessible to patients but are designed for use by rheumatologists and clinical specialists counselling women with SLE who are pregnant or are considering pregnancy.

The website and the handout are part of a comprehensive initiative created by Megan E. B. Clowse, MD, MPH, director of the Duke Autoimmunity in Pregnancy clinic. Known as Healthy Outcomes in Pregnancy with SLE Through Education of Providers (HOP-STEP, the materials offer step-by-step symptom recognition and prescription guidance as well as birth control recommendations for patients with SLE. Unveiled last year during the American College of Rheumatology (ACR) sessions, the website and handout are key elements of a broader proactive education initiative launched by the clinic.

Clowse says the popular publication, now in wide circulation among rheumatologists, is a convenient and effective teaching tool. “The centerpiece of the education program is this handout,” says Clowse. “Physicians are having transformative conversations with their patients using this simple tool.

“It’s now being used in training and teaching across the country, and we are getting really terrific feedback from rheumatologists regarding how often it is used, and the value of the advice.”

Outcomes data drives the growing awareness of the need for proactive pregnancy planning among patients with lupus, Clowse says. Patients who follow ACR reproductive guidelines have better outcomes than those who do not, adds Clowse, who was among the authors of the new guidelines released in 2020.

Using data from the Maternal Autoimmune Disease Research Alliance pregnancy registry, Duke University medical student Aardra Rajendran, with the guidance of Clowse, identified several key findings about the importance of planning during pregnancy for patients with lupus, including:

While the Duke data is a small sample--35 total pregnancies, 15 unplanned, 20 planned--Clowse says the findings point to predictable outcomes that should encourage rheumatologists helping patients with SLE to focus on thinking proactively about pregnancy. “These are small but statistically significant numbers,” she says. “Seeing the severity of the outcomes in the data was shocking.”

The number of not-planned pregnancies, Clowse says, brings a new focus to the presence of a “uniquely high-risk group of women” who do not plan pregnancies and can be characterized as “ambivalent” about becoming pregnant.  Only one of these pregnancies occurred in a woman actively trying to avoid pregnancy – the rest of the women were open to pregnancy. They were neither committed to trying to conceive nor trying to avoid conception, Clowse says.

“We see this as a new class of patients and we need more research about this group,” she says. “They say they did not want to become pregnant at the time and did not plan for it, but they do express interest in becoming pregnant at some point. Our data suggests that a laissez-faire approach to pregnancy is particularly dangerous for women with lupus. These women with SLE need proactive engagement and planning with their rheumatologist.” 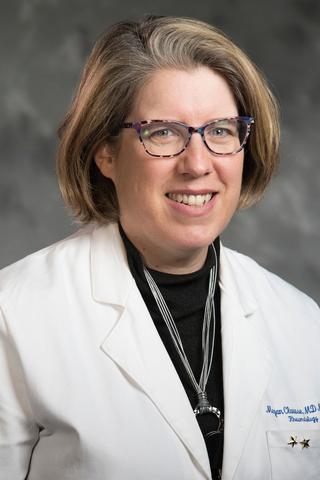