Precancerous lesions and early cancers of the gastrointestinal (GI) tract are now being treated successfully with endoscopic submucosal dissection (ESD) by Duke gastroenterologists.  Potentially mitigating the need for surgery, ESD enables the endoscopist to remove these types of lesions in one piece, making it easier for pathologists to evaluate for completeness of removal and identify features that grade their degree of aggressiveness.

An advanced, technically demanding procedure that can take three or more hours, ESD is performed at only a few health systems in the Southeast region. Duke gastroenterologists Darin L. Dufault, MD, and M. Stanley Branch, MD, are among the small number of specialists with experience performing ESD.

“One main reason ESD is so important is that a lot of people have surgery for early cancers that are growing only on the inside layer of the GI tract and haven’t advanced into deeper tissues.  We can remove those lesions with ESD, and the patient usually avoids the need to undergo surgery to remove that part of their GI tract, be it esophagus, stomach, colon, or rectum,” Dufault explains. “Even if lesions are not cancerous, they have the potential to become cancer in the future, and patients will still benefit from ESD to remove them.”

“In the past we’ve sent patients for surgical resection but newer techniques could have spared surgery,” says Branch. “ESD can be an organ-saving procedure for some patients, similar to performing a lumpectomy for a breast tumor rather than a mastectomy.”

How ESD is Performed

To perform the procedure, fluid is injected into the submucosa of the GI tract, creating a cushion of fluid that separates the inner and outer layers of the organ wall. An electrosurgical knife is used to cut a circle around the lesion, and the gastroenterologist slowly and methodically works the knife underneath the lesion. The lesion is then removed in one piece, and the area is sometimes sutured or clipped closed to reduce the small associated risk of bleeding or perforation.

“We receive a lot of internal and external patient referrals for evaluation of GI tract lesions,” says Dufault. “Sometimes a gastroenterologist or surgeon isn’t comfortable endoscopically removing a lesion, or they believe a patient could benefit from an organ-sparing procedure such as ESD rather than a surgical resection.”

“Resecting part of a patient’s esophagus or rectum, for example, are tremendously advanced, cumbersome surgeries with high risks of complications, illness, and mortality,” Dufault adds. “Surgeons will sometimes refer those patients to us first, and our goal is to avoid the need for those complicated surgeries, but importantly, ESD doesn’t preclude patients from moving on to surgery if ESD is not successful for some reason.”

Dufault says there are very few contraindications for ESD. “If we already know from imaging or endoscopic ultrasound that the cancer has advanced beyond the superficial layers of the organ, ESD isn’t helpful,” he explains.

Dufault has an important recommendation for clinicians who are evaluating patients with superficial GI tract tumors or polyps: “If gastroenterologists believe a lesion might be in a location that will make it difficult for an endoscopist to locate, such as in the center of the colon, they often place an ink tattoo near the lesion to make it easier to find. But it’s important for tattoos to be placed far enough away from the lesion that the ink doesn’t penetrate underneath the lesion, which causes inflammation and scar tissue to form. This tethers the lesion to the wall, sometimes making it impossible to later remove the lesion endoscopically, and those patients go on to have surgery to remove the lesion, which otherwise could have been avoided.”

Branch adds that if the lesion clearly needs to be removed, and ESD is a possibility, he now advises gastroenterologists and surgeons not to even biopsy the lesion. “This can lead to scarring, as Dr. Dufault described with tattooing, and make removal more difficult.” 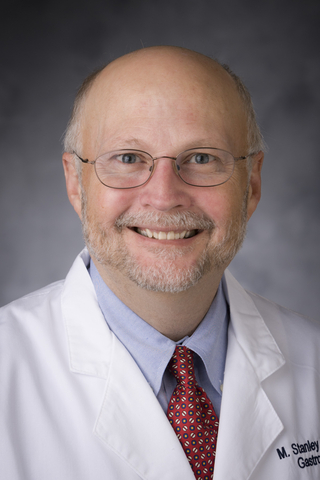 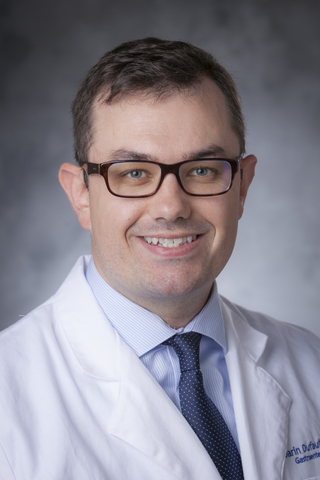