Although our society generally views pregnancy as a time of happiness and emotional well-being, studies suggest that up to 20% of women suffer from perinatal mood or anxiety disorders, such as depression and bipolar disorder. Coping with the new emotions that pregnancy brings while managing symptoms of psychiatric illness can leave women particularly vulnerable to mental health issues during pregnancy and postpartum.

In this Q&A, Duke psychiatrist and specialist in perinatal psychiatry, Marla F. Wald, MD, discusses the importance of treating psychiatric conditions during pregnancy and in the critical postpartum period.

Question: How do psychiatric conditions affect the feelings a woman normally has during pregnancy?

Wald: In general, pregnant women struggle with things that one would expect—being a good mother, being able to provide everything her child needs—but many women also assume that pregnancy should be the happiest time of life. If women find that pregnancy is difficult physically or emotionally, they often feel that something must be wrong with them. Women with psychiatric conditions are already dealing with the stigma of having a mental illness and so they are particularly susceptible to feeling they won’t be good mothers if the pregnancy is emotionally difficult.

Question: Why is it important to address psychiatric conditions during pregnancy and in the postpartum period?

Wald: Perinatal psychiatrists try to keep mothers as healthy and stable as possible during pregnancy and postpartum. If a pregnant woman is psychologically stable and functioning at her best, she’ll have better self-care, be less likely to use illegal substances, and be more likely to follow  perinatal recommendations during pregnancy and after delivery. On the other hand, if a new mother is depressed, she’ll be less responsive to her baby’s needs and have difficulty interacting with her baby. A very depressed new mother can’t get out of bed, feels lethargic, may have suicidal thoughts, may think the pregnancy was a poor decision and that she was never meant to be a mother. All of this will set the mother-dyad relationship off in a way that’s detrimental to the child.

Question: Are you seeing any recent increases in the prevalence of perinatal psychiatric symptoms?

Wald: Definitely, yes. We’re in the midst of two pandemics—a viral COVID-19 pandemic and an ongoing racial/social injustice pandemic—and those two issues influence whether a woman will come for care early enough before her symptoms become significant. We’re finding that women are afraid of going to a hospital, clinic, or ED, and although a lot of health care has moved to a virtual setting, there are barriers there as well, including not even having internet access. When women deliver their babies in hospitals, there are strict COVID restrictions around family being present during labor. Also, nurseries are closed so babies are rooming with the mothers. All of this complicates a new mother’s delivery experience and her ability to get enough sleep. When she goes home, she’s already overwhelmed and sleep-deprived while trying to figure out how to take care of a newborn. These factors can easily cause psychiatric symptoms to intensify and if untreated may have a negative downstream effect on a baby’s development.

Question: Should all psychotropic medications be stopped immediately when a woman becomes pregnant?

Wald: No; this is largely a myth that can actually be harmful to a woman and her fetus. It’s not always best to stop all medications when a woman becomes pregnant. In fact, that’s rarely true; there are only a few medications we try to avoid during pregnancy, and those decisions are based on where the woman is on the pregnancy continuum. Providers caring for women who have moderate to severe psychiatric symptoms should be aware that the benefit of continued stability on medications often outweighs the risks of the medications themselves. The reality is that the risks of exposing the fetus to the mother’s untreated psychiatric symptoms are frequently more significant than the small risks of the medications themselves.

Question: How can clinicians support pregnant women with psychiatric conditions?

Wald: If a pregnant woman with psychiatric illness encounters a medical professional who isn’t sure what to do to help her, it can exacerbate the situation. Studies have shown that only around 40% of psychiatric conditions are detected in pregnant women, and of those, only about 60% are actually treated. Not everyone who sees a PCP can get referred to a specialist, so I encourage providers to actively treat perinatal mood disorders. Various professional organizations such as The American College of Obstetricians and Gynecologists have recently made headway in guidelines for screening for and treating perinatal issues, so I encourage providers to become familiar with those guidelines to help women stay healthy throughout their pregnancies and the postpartum period. 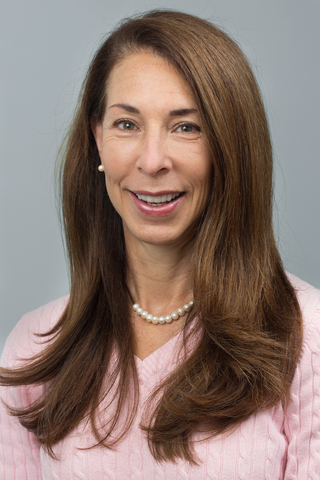