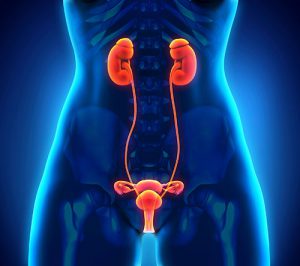 Following a literature review and roundtable discussion, a panel of experts in female urology convened by the Society for Women’s Health Research (SWHR) agreed on a set of recommendations regarding research, education, and policy, publishing a summary of their discussions in June 2016.

The report notes, in particular, the importance of understanding urologic health in the context of a woman’s full lifespan: Urologic health problems often begin in early childhood and worsen throughout a woman’s reproductive years and still further as she ages. The panel provided a unique opportunity for experts studying or providing care to women at different stages in their lives to work together.

“Oftentimes in the clinical literature, people will talk about one particular disease or disease syndrome based on one age group because that’s what they focus on,” says Matthew Fraser, PhD, one of the panel experts and director of basic science research for urology at Duke. “This work spans the lifetime—you could probably go out and try to build something like this from the individual components, but the beauty of this was that you had everyone in the room together.”

Cindy Amundsen, MD, another panel expert and professor of obstetrics and gynecology in the Division of Urogynecology at Duke, agrees, adding that cross-talk between the clinical subspecialties and researchers and clinicians is relatively rare but beneficial.

“Hearing from the pediatric urology expert, for example, made me more aware that, when I’m speaking with an adult patient, her problems may have begun with unhealthy voiding behavior in childhood,” Amundsen explains. “A better understanding of how those behaviors contribute to later urinary tract problems will provide more opportunities for intervention.”

The panel also stressed the importance of identifying biomarkers and developing better animal models for female urologic conditions, particularly those that are more prevalent in postmenopausal and geriatric populations.

One such obstacle, Fraser explains, has been the field’s lack of understanding of the pathophysiology of clinical disease. Overactive bladder, he says, has become a “wastebasket taxon” for any cluster of urinary tract symptoms that includes frequency and urgency with or without incontinence and nocturia and without pain. Without an understanding of the basic pathophysiology of disease, basic science researchers have found it difficult to generate animal models that represent all of the unknown etiologies and pathophysiologies.

Much can be done in the meantime, Amundsen and Fraser agree. “At first I thought, ‘What can be done for prevention if we don’t yet know how to define the disease?'” says Fraser. “But we realized that there are things going on in development with kids—not being able to go to the bathroom during class when they need to, bullying in the bathrooms—that can cause both physical and emotional trauma that sets kids up for problems down the road.”

The panel, as part of the advocacy efforts of the SWHR, hopes to pursue policies that can facilitate healthy voiding behavior in children and prevent them from developing lower urinary tract problems later in life.