Duke pediatric epileptologists are combining existing virtual and augmented reality technology to create a mixed reality experience to improve surgical accuracy and taking a new look at an established dietary therapy to help improve outcomes for children and adolescents with hard-to-control epilepsy.

The Advent of Mixed Reality in the OR

“For more than 50 years, we’ve gone into the operating room, opened a patient’s skull, and tried to isolate parts of the brain that are causing seizures,” says Muhammad Zafar, MD, a pediatric epileptologist and director of Duke’s Pediatric Epilepsy Monitoring Unit.

“Before mixed reality tools, surgeons had a computer screen and a paper diagram of the patient’s brain, trying to make sense of complicated data before starting surgery,” he says. “But in this day and age of cutting-edge technology, we started asking, ‘Why can’t we do it better? How can we improve precision for epilepsy surgery?’”

Zafar and colleagues began researching virtual and augmented reality with an eye toward translating the technology into the surgical environment. Their goal was to enable neurosurgeons to better visualize the areas of the brain causing seizures and perform safer, more accurate surgery. They started by converting 2D images of MRI or CT brain scans into 3D-printed models; the next step was to convert these 3D-printed models to a mixed reality platform.

“With virtual reality, the room you’re in is replaced by a digital scene that you can move around and touch,” Zafar explains, “whereas with augmented reality, you know you’re in a room but there’s a holographic image in front of you.”

Mixed reality is a combination of the two, he says, where virtual elements actually align with reality, allowing interaction between the real world and digital objects. “We want to translate this technology to the operating room, where surgeons will be able to see and hold a holographic image of the patient’s brain superimposed on the actual patient to pinpoint the location of anomalies before making an incision,” he adds.

Based on the promise of this new technology and Zafar’s research to date, the Duke Institute for Health Innovation granted him an Innovation Award in 2020 to continue his research into transforming epilepsy surgery with augmented and mixed reality techniques.

“With the help of this grant, our vision is that someday the computer screen in my office will show me what a surgeon is seeing in real time while in the operating room,” Zafar explains. “The mixed reality system will be connected to the surgeon’s voice, hands, and retina. Holographic images of the patient’s brain will be superimposed onto the patient’s head. I’ll be able to see the patient’s brain through the surgeon’s eyes and guide the surgeon to the area where the seizures are originating.”

A New Look at the Ketogenic Diet

For many children whose seizures have not responded to at least two different medications, the ketogenic diet has long been known to help control the disease. The typical ketogenic diet is a high fat, low carbohydrate diet that usually provides 3 to 4 grams of fat for every 1 gram of carbohydrate and protein.

Duke pediatric epileptologist Dmitry Tchapyjnikov, MD, says that although the diet itself is not new, it has regained traction in the past few years. “As more seizure medications became available, the ketogenic diet fell out of favor,” he says, “but we’ve found that despite more medications coming on the market, we still have patients who have uncontrolled seizures, so the diet is becoming popular again.”

Duke has offered the ketogenic diet for more than 10 years, but Tchapyjnikov says it has recently found a new life as part of an organized, multidisciplinary center where patients see him as well as a dietitian and a nurse coordinator. Pharmacy staff are also involved in the team approach, ensuring that any medications a child is taking contain minimal amounts of carbohydrates.

“It’s very important to administer the diet under strict supervision, with clinicians and staff who have specialized training in it,” Tchapyjnikov stresses. “It also takes a heavy commitment from a child’s family to make it effective.”

Once a child is started on the diet, parents are asked to commit to a three-month period to properly assess its effectiveness. “If it is beneficial and reduces seizures, we continue it for two years. At that time, a child is older and may have more difficulty staying on the diet, so we work with the family to determine whether to continue it,” Tchapyjnikov explains.

Studies have shown that more than 50% of children who adhere to the ketogenic diet have a 50% reduction in seizures, including 20% to 30% who have a 90% or more reduction in their seizures—results that Tchapyjnikov says are better than many antiseizure medications.

“If patients are on their third or fourth medication and they’re still having seizures, we can do a thorough workup and look at alternative therapies,” he says. “Diet is a different way of attacking difficult-to-control seizures that works for many children, but some patients may be surgical candidates. At Duke, we can explore all possibilities and determine the best course of treatment for each child.” 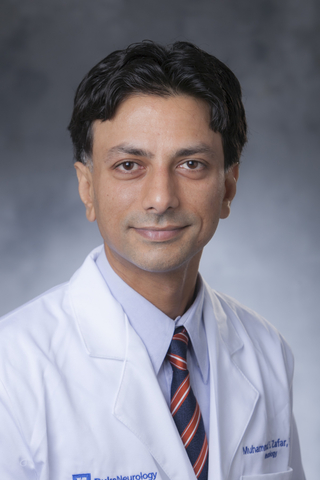