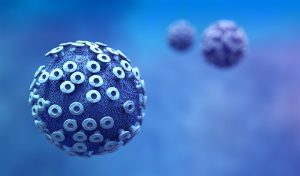 R. Phillips Heine, MD, director of the Division of Maternal–Fetal Medicine at Duke, is an expert in high-risk obstetrics with a focus on reproductive infectious diseases. As the president-elect of the Infectious Diseases Society for Obstetrics and Gynecology, he represents the Society for Maternal Fetal Medicine and the American Congress of Obstetricians and Gynecologists as a Zika liaison to the Centers for Disease Control and Prevention (CDC) and has been involved in numerous panels establishing guidelines around Zika virus control.

Question: What have we learned about Zika virus infection over the past 2 years?
Heine: We’ve learned that there is a syndrome associated with congenital Zika virus infection that can disrupt cerebral embryogenesis and lead to neurologic abnormalities like microcephaly. That said, the most egregious Zika virus syndrome is not as common as we initially thought, largely because the overt Zika virus syndrome is much less common in women infected in the second or third trimester—although we still don’t know the subtle, long-term ramifications of later infection—than in those infected in the first or early in the second trimester.

Question: What do we still need to address?
Heine: Our testing is still limited. We are good at diagnosing at the point of infection—if the organism is there, we can detect it easily using a nucleic acid test—but even when you have active disease, you only shed virus for a couple weeks. We need to develop serologic tests for immunoglobulin G so we can determine who already has immunity. Ideally, when a patient comes in for prenatal care in a high-risk area, she would take a serology test. If she’s positive for immunoglobulin G, she’s already immune, so she doesn’t need further testing. Without that test, we’re going to reinvent the wheel every year. We also still need a vaccine, but we expect one to become available in the next few years.

Question: Do you have advice for other clinicians working with pregnant women?
Heine: I would recommend consulting the CDC’s updated algorithm for Zika virus testing in pregnant women who may have been exposed. We’re also still advising pregnant women to avoid travel to areas endemic/epidemic to the virus, and, if they must travel, to use precautions against mosquitos. Studies have confirmed that insect repellants made with 20% N,N-diethyl-m-toluamide are safe and effective.

We can also help patients by being more subtle in our advice. For example, if a patient goes to Mexico, the guidelines recommend she be screened for Zika virus. But if she is going to a desert area in Mexico, where there are no mosquitos, screening doesn’t make much sense. It’s important that we help give patients an accurate sense of their risk.