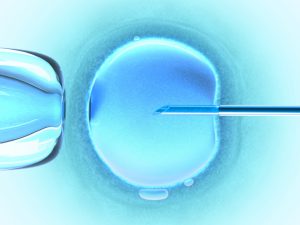 One cycle of in vitro fertilization (IVF) in the United States can cost more than $12,000, leading many women to have several embryos implanted at once to improve their likelihood of becoming pregnant on the first try. But the practice also raises the risk of multiple births, which can result in premature deliveries and other complications that can be life threatening to both mothers and infants.

In a study published in the December 2016 issue of Obstetrics & Gynecology, researchers found that fewer multiple births seem to occur in the 6 states where health insurance companies are required to cover the costs of IVF treatments.

“IVF is very expensive, and so patients who don’t have insurance coverage and are paying out of pocket have a large incentive to try and minimize the number of treatment cycles they endure to try and have a baby,” says senior author Jennifer Eaton, MD, medical director of Assisted Reproductive Technologies at the Duke Fertility Center. “Often, those patients request transfer of more than 1 embryo.”

Eaton and her colleagues analyzed patient data collected by the Society for Assisted Reproductive Technology (SART) between 2007 and 2011. Data were only considered for the 40 states with more than 1 clinic that performs IVF and patients between the ages of 20 and 42 undergoing their first IVF cycle in their state of residence and using their own eggs.

Researchers found that patients in the 6 states with mandated IVF coverage had fewer embryos implanted per cycle and were more than twice as likely to have elective single embryo transfer—a practice recommended by SART when appropriate. Both groups had similar rates of pregnancy and live births.

Among the IVF-assisted pregnancies resulting in a live birth, the multiple-birth rates were 29% in mandated states and 33% in nonmandated states.

After stratifying the data by maternal age and the timing of the embryo transfer, the study team learned that the association between the state-mandated status and multiple-birth rate remained statistically significant only among patients younger than 35 years who had an embryo transfer on day 5, which is when embryo implantation rates are highest (Table).

“This study definitively showed that, even after controlling for various differences between patients, elective single embryo transfer is more commonly performed, and the multiple birth rate is lower in states that mandate IVF coverage, especially among younger women,” Eaton says of the findings.

Eaton notes that the majority of women younger than 35 years were still having more than 1 embryo transferred, even in states with coverage for IVF and in spite of recommendations from SART and the American Society for Reproductive Medicine that they pursue single embryo transfer while in this age group.