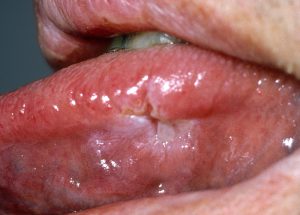 With the incidence of syphilis rising at an alarming rate, health care professionals should follow guidelines to periodically test patients at risk of infection, advises Meredith Edwards Clement, MD, a Duke fellow in infectious diseases who studies the once rare condition.

The US Preventive Services Task Force has had a long-standing recommendation that all pregnant women should be screened for syphilis, and last year it published a new level A recommendation that those at increased risk of infection should also be screened. The task force notes that there is little downside to the screening—blood testing is inexpensive and noninvasive, and treatment with antibiotics is effective and low risk.

In addition to men who have sex with men, those living with HIV infection have the highest risk of syphilis infection. A history of incarceration or commercial sex work also raises the risk.

Geography, ethnicity/race, and age are other key risk factors—the increase has been particularly striking among African Americans and among men younger than 29 years of age in the southeastern United States. In that region, 4 of the 5 states with the highest infection rates are North Carolina, South Carolina, Louisiana, and Mississippi.

Syphilis can have myriad different manifestations, Clement says, so physicians “should always be thinking about it when a patient presents with an unclear diagnosis, especially when sexual risk factors are present.”

In addition to looking for classic signs such as a painless genital ulcer or rash on the palms and soles, physicians should consider syphilis in any patient who presents with fever, rash, sore throat, and/or swollen lymph nodes. Clement notes that when a “patient presents with vision complaints or nephrotic syndrome, for example—something that doesn’t typically make us think of syphilis but for which we don’t have another explanation—testing would be prudent.”

The reasons for the rise in infections are not entirely clear, but potential contributors could be cuts in funding for public health and advances that have rendered HIV infection treatable. As the consequences of HIV infection become less severe, many people may be more willing to engage in risky behaviors such as having multiple partners and not using condoms during sex. For that reason, Clement says physicians should not shy away from asking patients about their sexual behaviors.