For nulliparous women with low-risk pregnancies, labor induction at 39 weeks does not increase the risk for adverse perinatal outcome and reduces the chance of cesarean delivery (CD). The findings, which are the result of the large, multisite ARRIVE (A Randomized Trial of Induction Versus Expectant Management) trial, were published in August 2018 in the New England Journal of Medicine.

The results challenge current guidelines from various medical organizations including the American College of Obstetricians and Gynecologists and the American Academy of Family Physicians, which recommend against inducing labor before 41 weeks in the absence of a medical issue.

“There has been a long-standing teaching that if we try to induce labor when it’s not necessary, we increase the risk of CD because the woman isn’t ready to deliver and hasn’t shown any signs that she’s going to go into labor,” says Geeta Swamy, MD, a co-author of the study and maternal-fetal medicine specialist at Duke.

However, these recommendations are based primarily on retrospective studies, which compared labor induction with spontaneous labor, Swamy explains. The ARRIVE trial, by contrast, used the clinically relevant comparator of expectant management, randomizing study participants at 38 weeks.

The trial is also the largest prospective cohort study to assess elective induction at 39 weeks. With 6,106 participants, the study was large enough to be able to detect differences in uncommon outcomes that previous, smaller trials could not.

Data from the trial suggest that induction at 39 weeks is safe for the infant. The overall composite incidence of perinatal adverse events was similar in the two groups (4.3 percent in the induction group versus 5.4 percent in the expectant management group). When looking at more specific outcomes, infants in the labor induction group had shorter durations of respiratory support and total hospital stay.

The CD rate was significantly lower in the induction group—18.6 percent versus 22.2 percent in the expectant management group. This difference, although small, is notable, Swamy says, because a CD during a first pregnancy is predictive of CD in later pregnancies. Preventing CD during a patient’s first pregnancy therefore has implications for subsequent delivery. Women in the induction group were also less likely to experience preeclampsia.

Taken together, the results suggest that labor induction at 39 weeks is safer than current guidelines would suggest. Still, Swamy cautions against generalizing the study’s results: By design, the study included only nulliparous women with low-risk pregnancies.

For clinicians discussing options with women who fit these criteria, the new findings will be a valuable addition to the conversation, Swamy concludes: “The way I see these data being implemented in the clinic is, if a woman fits the eligibility criteria and I see her at 37 weeks, I would say, ‘Here are the data from the ARRIVE study. Based on that, you fit the criteria and we can offer you an induction at 39 weeks.’ But there were clearly women in both groups of the study who had a good outcome, so it’s really about a woman’s personal preference.”

Gynecology
Cesarean Delivery Crisis: How We Got Here and How to Address
Article
By Catherine Lewis 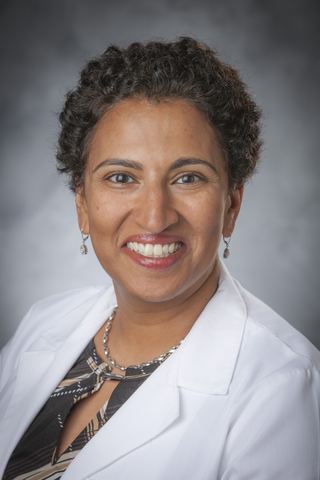