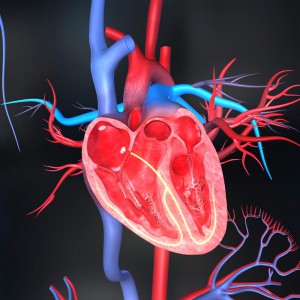 One study, led by researchers at the Duke Clinical Research Institute, found that undergoing an angioplasty procedure to open blocked arteries resolved chest pain for patients with angina, making it unnecessary to add medication to treat the symptom.

Patients randomized to receive the drug ranolazine, which lessens the effects of coronary blockages to ease the pain of angina, were as likely as those taking placebo to say their episodes of angina diminished after undergoing angioplasty, according to the researchers.

“This study provides an important message for people who have incomplete revascularization,” says lead author Karen Alexander, MD, professor of medicine at Duke and director of safety surveillance at the Duke Clinical Research Institute. “For patients who had angina prior to angioplasty, they were mostly asymptomatic following angioplasty, even though coronary blockages remained.”

Study patients were followed for a 12-month period to determine whether they needed repeat cardiac procedures or required hospitalization. For most of the 2,389 patients who completed quality-of-life questionnaires at intervals throughout the study period, angina was markedly improved. In both groups, improvement was noted within the first month and was sustained up to 1 year following percutaneous coronary intervention.

A second study compared the considerably different work experiences and salaries of female and male cardiologists.

Despite efforts to increase gender diversity in cardiology, the study data suggest that major differences in job characteristics and rates of pay persist between men and women who treat patients with heart conditions.

The researchers found that the ranks of female cardiologists remain disproportionately small compared with those in medicine overall. Women were also less likely than men to specialize in higher-paying interventional procedures. They also earned less than men, even when adjusting for the different types of work they do.