Whether or not cancer is suspected should dictate process

New research from Duke has led to a new surgical protocol for women diagnosed with preoperative endometrial intraepithelial neoplasia (EIN). This is a precursor to the most common form of uterine cancer and was previously known as complex hyperplasia with atypia.

“Women with EIN have about a 40 percent chance of having underlying uterine cancer at the time of surgery. We wanted to find out if lymph node assessment was cost effective,” says Brittany A. Davidson, MD, a gynecologic cancer specialist and the lead researcher. Their research found that surgeons should still perform a hysterectomy and frozen pathological assessment on these patients, but should defer sentinel lymph node biopsy (SLNB) unless there is a high suspicion for cancer preoperatively. If intraoperative pathologic assessment demonstrates cancer with certain risk features, then a lymph node dissection would be performed.

Davidson and colleagues conducted the study, published in the December issue of Gynecologic Oncology, because the incidence of EIN is rising due to increasing levels of obesity and an aging population. “With continuous health care reform focused on providing value-based health care, addressing how to manage this growing patient population is a highly relevant area of research,” the study stated.

To perform the study, a decision model was developed from a third-party payer perspective to compare four surgical strategies for managing EIN. The researchers analyzed the base case cost and effectiveness of each strategy. Hysterectomy plus frozen section analysis plus SLNB had an incremental cost-effectiveness ratio of $168,171 per additional patient who received adjuvant treatment that aligned with their true stage compared to hysterectomy plus frozen section without SLNB, the study reported.

Davidson advises gynecologists to refer any woman with a diagnosis of EIN to a gynecologic oncologist to discuss her risks for cancer and how to stay healthy. “This could potentially save them from needing a second surgery down the road,” she says.

At Duke, most surgeries for EIN are minimally invasive, even if a patient has a large uterus or is obese. They are performed with robotic-assisted or laparoscopic approaches, which have better recovery times and decrease the risk for postoperative infections and hernias.

Davidson advises that gynecologic oncology practices considering implementing the new protocol should be aware that it requires intraoperative pathology; however, no costly equipment for sentinel node mapping is necessary.

Looking ahead, Davidson says more research about prevention, therapeutic options, and survivorship are warranted for uterine cancer. “It’s one of the few cancers where incidence and mortality rates are increasing,” she says. “As we clarify which therapies are useful after surgery for uterine cancer and as costs of technologies decrease, performing another cost-effective analysis in the future may be necessary.” 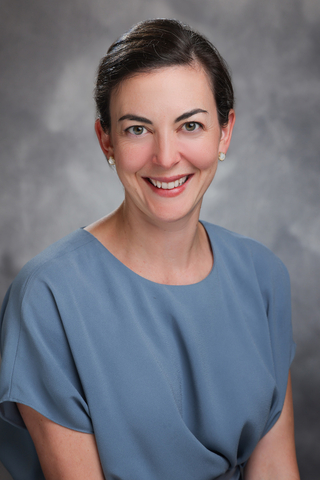