A Duke rheumatologist and researcher is helping develop a novel drug delivery system for patients with inflammatory arthritis using lasers to trigger the release of drugs injected into red blood cells (RBC) when the cells circulate in affected joints.

Teresa Tarrant, MD, a Duke rheumatologist with training in both immunology and rheumatology, says the precisely timed release of medicine within joints may prove to be a particularly effective treatment for inflammatory arthritis, which often requires the use of high doses of steroids.

“By packaging these drugs within red blood cells, we can trigger their release when the cells reach the joints where they need to be applied,” Tarrant says. “Patients typically take steroid medications orally or through injections, but in the case of patients with arthritis, we want to direct the impact more precisely and reduce risks to organ systems. We believe this is safer than traditional steroid therapy.”

Although the use of red blood cells as a drug delivery tool has been studied for several years, it’s application as a therapy for patients with arthritis remains in the research phase, Tarrant says. But she is optimistic about its eventual application in rheumatology and the promise of targeting steroids where they are most needed. The project is supported in part by the Rheumatology Research Foundation.

The arthritis-focused research requires the creation of a weak energy bond within the red blood cell between vitamin B12 and, in this application, dexamethasone, a glucocorticoid steroid that is used to treat inflammation and some forms of cancer. A fluorescent molecule, which performs the role of an antenna, is added to the bond. When the cell is exposed to short wavelength light in the form of a laser directed toward the joint, the fluorescent molecule breaks the bond B12 bond within the RBC, releasing the dexamethasone at the target site.

Tarrant is collaborating with David Lawrence, Ph.D., a researcher whose lab in the Eshelman School of Pharmacy at the University of North Carolina at Chapel Hill has pioneered the packaging and release of formulations in RBCs. Lawrence’s team designed the drug delivery process by introducing the weak energy bond with B12 and attaching the fluorescent molecule.

“We will need to go further with the research to better understand the risks and benefits compared to traditional steroid therapy and anticipate the side effects with an increased drug payload,” Tarrant says. “We still have many questions to answer between we have an application for humans.” 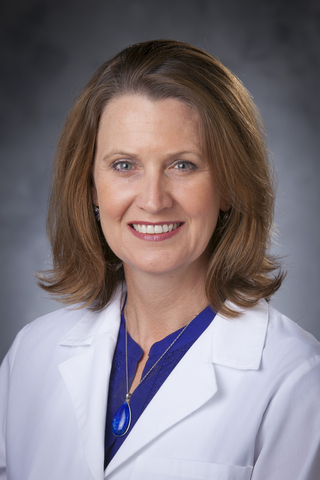