Findings from a recent Duke study shed new light on the importance of clinicians presenting treatment choices for women with newly diagnosed advanced-stage ovarian cancer. The study of 100 women with ovarian cancer, published in August 2019 in Cancer, found that participants were willing to accept moderately higher risks related to surgery in exchange for the likelihood of extending their overall survival.

“In this study, we assessed women’s preferences related to this important clinical decision—starting their treatment with primary debulking surgery versus starting treatment with neoadjuvant chemotherapy, followed later by interval debulking,” says Laura J. Havrilesky, MD, MHSc, a Duke gynecologic oncologist and lead author of the study. “The results tell us that women are willing to make certain tradeoffs for what’s most important to them and that it’s a highly personal decision.”

Study participants ranked their treatment outcomes in order of personal preference, with survival time being the most important outcome, as shown below:

Results indicated that participants would tolerate a 15% increase in the risk of major surgical complications or a 4% increase in the risk of surgical mortality in order to increase their expected overall survival from 3 to 3.5 years. Even survival gains of six months were considered to be significant and elicited willingness to accept higher rates of operative morbidity and mortality.

“Overall survival is what women care most about,” Havrilesky says, “and they’re willing to accept the risks of extensive surgery—including the possibility of major bowel resection and resulting colostomy bag, blood transfusions, return trips to the hospital, even a risk of dying from the surgery—in order to have a better chance of longer overall survival.” 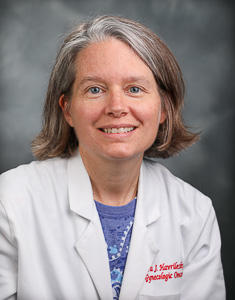