Despite the level of research dedicated to optimal return-to-sport guidelines for young athletes following anterior cruciate ligament (ACL) reconstruction, the incidence of ACL reinjury continues to be high in this population—anywhere from 10% to 40%. The lack of baseline data is a major limitation in determining when someone is ready to return after any injury—especially those who are skeletally immature.

To address this knowledge gap, the Duke Sports Science Institute has begun to develop a database of normative values for physically active young children and adolescents who have not torn their ACL, which can be used to help determine whether an athlete has returned to their baseline function following ACL reconstruction surgery.

Using a comprehensive battery of tests, including physical function, jumping, strength, balance, and patient self-reported outcome measures, Duke researchers have collected data on 100 patients with no ACL injury between ages 6 and 18. Portions of this research have been published in a December 2020 paper in Medicine & Science in Sports & Exercise and in a January 2021 paper in Orthopaedic Journal of Sports Medicine, led by members of the study team Trevor Lentz, PT, PhD, MPH, and Jack Magill, PT, DPT, OCS, respectively.

“This effort was initiated by a interdisciplinary team at DSSI to start to get an idea of how kids move and perform and to eventually help inform whether they are really getting back to where they should be after ACL injury,” says Laura S. Pietrosimone, PT, DPT, PhD, a Duke physical therapist and one of the study’s investigators. Researchers are also working to compare how a large cohort of young, ACL-reconstructed athletes perform compared to the healthy age-matched controls from this database.

Historically, the timeline for return to sport after ACL surgery was only five to six months. If a patient returns too early, the knee ligament has not rehabilitated completely and healing is not complete, explains Annunziato (Ned) Amendola, MD, a Duke sports medicine orthopaedic surgeon and Director of Sports Medicine. However, if a patient waits longer, the incidence of injury is much less.

“After a few months, the ligament tests may be stable on examination and the knee overall could look pretty good, but that's a very rough estimate of what's really going on in terms of the brain’s neuromuscular control and the joint’s ability to react when the patient goes back to doing sporting activities,” Amendola says.

Symmetry isn’t necessarily an ideal metric. The study has shown that even in healthy kids who haven't had an ACL injury, very few are symmetrical physiologically. “If we know that kids aren't necessarily symmetrical before they get hurt, what should we be aiming for following injury?” Pietrosimone explains. “We can assess an athlete’s strength, movement quality, and biomechanical profiles, but in our young athletes, we continue to be challenged to know what the “ideal” profile is that we are shooting for before returning that athlete to their sport.”

Physiological and maturity changes may affect recovery time. It's difficult for young athletes to regain physical function following an injury when they are undergoing significant physiological and maturity changes simultaneously. The surgeon, physical therapist, and psychologist can work together to help the patient understand that the many different components of being an athlete are important when thinking about getting someone back to their previous level of sport, Pietrosimone says.

“It's not just how long it's been since the surgery, whether the swelling in the knee is gone, or even how strong they are; it takes a lot of hard work to regain different physical and mental domains as well,” she notes. “We need to consider time, strength, power, and agility, but also the athlete’s psychological readiness and fear of movement. An athlete's willingness to take risks when playing their sport is a factor associated withs sport participation and risk of reinjury, so should be considered as a part of our rehabilitative assessments.”

Lifelong impact is difficult, but important, to convey to young athletes. After a traumatic joint injury, the path to post-traumatic osteoarthritis is accelerated, Pietrosimone explains. But for a high schooler, this message may not be readily received. “A lot of times in our initial conversations, young athletes don't want to hear about the long-term health of their joints. All they want to know is, ‘When can I play again?’” she says. While this may be their immediate goal, providers must have a robust rehabilitative plan and communicate clearly and thoroughly so that the patient has the best shot at recovering well, optimizing their physical ability, and protecting their joints for good long-term health.

Amendola adds that surgical treatment is only a small part of getting athletes back to their full potential, noting the importance of partnering with rehabilitation clinicians to create multimodal, multidisciplinary treatment plans that consider the long-term demand on the body and fear of reinjury. “When you have a significant injury like this that has lifelong impact, it's important to assess function, rehabilitation, and the psychological status of the of the athlete to ensure they're ready to return to play so that their risk of re-injury is as low as possible,” he says. 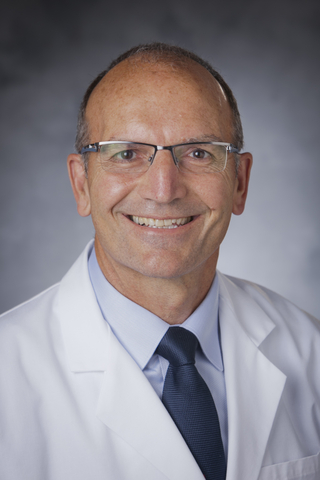