For women with both stress and urgency urinary incontinence (mixed urinary incontinence), first-line treatment can include behavioral and pelvic floor muscle training, followed by overactive bladder medication. A combination of conservative approaches can also be used, but many women with this common condition eventually undergo surgery. New research from the Eunice Kennedy Shriver National Institute of Child Health and Human Development Pelvic Floor Disorders Network, of which Duke’s Division of Urogynecology and Pelvic Reconstructive Surgery is a site, reveals that patients with mixed urinary incontinence should be encouraged to consider surgery earlier without being required to first exhaust other treatment options.

The Effects of Surgical Treatment Enhanced with Exercise for Mixed Urinary Incontinence (ESTEEM) trial studied nearly 500 patients over four years to determine whether perioperative behavioral and pelvic floor muscle therapy combined with midurethral sling surgery would improve symptoms at 12 months compared with the sling alone. Published in JAMA in September 2019, the study found that the most dramatic improvements in incontinence symptoms were realized as early as three months after surgery, which emphasizes the relatively immediate effects of the surgery on controlling leakage.

“In one year after treatment—with either surgery alone or surgery with pelvic floor muscle therapy—both groups had significant and consistent improvements in both stress and urgency incontinence,” reports co-author Alison C. Weidner, MD, MMCi, a urogynecologist and specialist in pelvic floor disorders at Duke. “Overall symptoms were slightly better for those who received the combined therapy but did not differ greatly from the group that only had surgery.”

Clinicians often have difficulty deciding how to treat patients with mixed symptoms, and some hesitate to perform surgery for fear of making the urge incontinence component worse, says Weidner. “There’s really been a lack of evidence and no uniform agreement as to whether it’s safest to approach a patient with mixed incontinence surgically or with medication. This trial was carefully designed to look at the effects of surgery while also offering pelvic floor physical therapy, and to test the efficacy of both,” she says.

According to Weidner, the midurethral mesh sling has borne increased scrutiny in recent years compared with many other gynecologic procedures because of concerns associated with permanent implants of mesh material in the pelvis, but the relative benefits and risks for complication associated with permanent implants for pelvic surgery can be significantly different depending on the type of procedure and the indication for it.

“There are generally two categories of urogynecologic procedures using permanent mesh implants: prolapse procedures and incontinence procedures,” she explains. “For appropriately selected patients with incontinence, midurethral mesh slings have consistently been shown to be a safe and effective incontinence surgery, and we are pleased to have participated in a study that supports offering this option to more of our patients.” 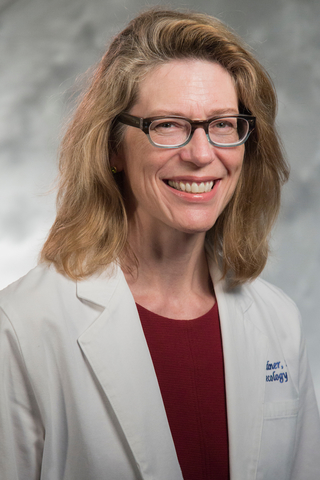