After performing the first of two clear corneal cataract surgeries on a patient, many providers typically complete the second eye in a delayed sequential fashion, waiting one week to one month to allow time for healing. But Terry Kim, MD, chief of Duke’s cornea and external disease division and specialist in cataract surgery, says patients often perceive an increase in recall of intra-operative events in their second-eye surgery, which can cause patient apprehension about the success of the procedure.

Oftentimes, patients perceive their increased recollection of events as an indication that there were complications associated with their surgery, even though the procedure was uneventful, Kim says.

“So many patients tell us when they get their second-eye cataract surgery done that they noticed it more—that they felt it was longer, or that they were more aware of the steps—but the surgeries are the same,” he adds. This may be due to the degree of tolerance to anesthetic medications or heightened attention to familiar stimuli, the study notes.

An ongoing prospective study at Duke, presented by Kim, Nandini Venkateswaran, MD, C. Ellis Wisely, MD, MBA, and Brenton Finklea, MD, at the American Society of Cataract and Refractive Surgery Virtual Annual Meeting in May 2020, is doing just that—comparing patient perceptions of first- and second-eye clear corneal cataract surgery with topical anesthesia and monitored anesthesia care (MAC). Over an eight-month period, 274 patients were surveyed, including 199 first-eye surgeries and 178 second-eye surgeries. Patients were surveyed preoperatively, intraoperatively, and postoperatively on their awareness of events, level of discomfort during the surgical procedure, and comparison of awareness between the first and second eye procedures. All surgeries were performed by a single surgeon, and similar anesthesia was used for both eyes.

“There have been very few studies done to investigate this difference in patient perception, so it’s easy for patients to surmise that we are just telling them the surgeries are the same to comfort them,” Kim says.

Notably, this study showed that patients demonstrated a statistically significant increase in recall of intra-operative events in second eye surgeries. When comparing awareness of their experience between surgery for the first and second eye, 63.3% of patients remembered more events from their second eye surgery while only 8.4% remembered more events from their first eye surgery. These initial results may be a motivating factor for performing immediately sequential bilateral cataract surgery instead of the typical delayed sequential surgery to enhance the patient experience in recovery, Kim adds.

“We found that patients whose surgeries were performed closer together seemed more likely to perceive that the second surgery was more uncomfortable,” he says. “Most patients reported recalling more events from their second-eye surgery than the first, and the increased recall of events is associated with higher discomfort levels.”

While it may seem counterintuitive, Kim explains that peri-operative patient expectation management is as—if not more—critical prior to second-eye surgery.

“The results from this study have already been helpful in alleviating patient apprehension about their own sensory perception and increasing patient satisfaction,” Kim says. “It also serves as a valuable reference for technician, nursing, and anesthesia staff when educating patients about this phenomenon that occurs after second-eye surgery.”

As it is still unclear what specifically drives the increased recall of intra-operative events in second-eye surgical cases, Kim and his team of researchers plan to further investigate this phenomenon in patients receiving topical anesthesia only, without MAC supplementation. 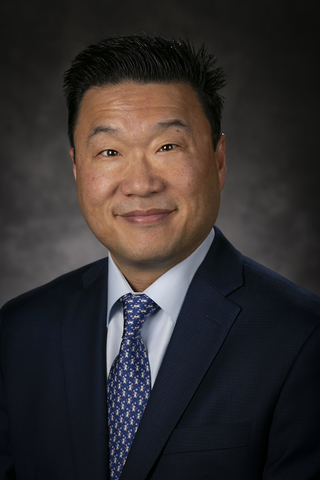