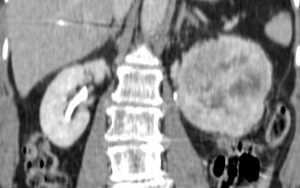 FIGURE 1. Left kidney prior to treatment

A  woman was shocked to learn that the cause of her back pain was a kidney tumor that had metastasized to her lungs (Figure 1). Her local oncologist recommended radical nephrectomy followed by treatment with a tyrosine kinase inhibitor but cautioned that, although the therapy would slow further disease progression, it would likely not cure the cancer.

Hoping to find an alternative treatment option, the patient went to Duke for a second opinion.

Question: What treatment did Duke offer that ended up being curative? 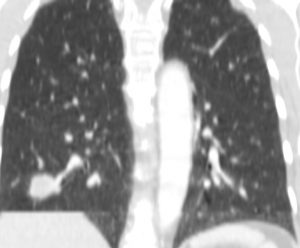 FIGURE 2. Masses are present in right lung prior to treatment

Answer: Results from radiography confirmed stage IV renal cell carcinoma with metastasis to the lungs (Figure 2). After undergoing radical nephrectomy and primary mass resection, the patient was treated with high-dose interleukin 2 (IL-2), an older but proven immunotherapy. She achieved a complete response.

When tyrosine kinase inhibitors were initially approved as treatment for metastatic renal cell carcinoma in the mid-2000s, high-dose IL-2 fell out of favor because the treatment is effective in only a minority (~ 7%) of patients, explains Duke urologic oncologist Edward Rampersaud, MD.

But, he says, high-dose IL-2 is effective in well-selected patients and is the only treatment that has ever demonstrated long-term complete responses, so he encouraged the patient to proceed with attempting to qualify for it.

Rampersaud adds that, because IL-2 is highly toxic, its use is restricted to larger centers that have a coordinated team of medical oncologists, pulmonologists, cardiologists, and ophthalmologists to monitor patients on the therapy. Duke is 1 of only a few centers in North Carolina to offer the treatment.

Aware of the potential risks and the small likelihood of success, the patient opted to stay at Duke to try high-dose IL-2 therapy following surgery. 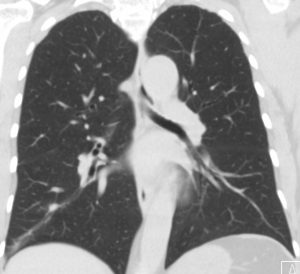 FIGURE 3. Following high-dose treatment, right lung masses are absent and a stable scar can be seen

Nephrectomy and resection were successful, with no complications. Soon after, the patient underwent 2 rounds of treatment with high-dose IL-2, achieving a complete response (Figure 3). Four years later, she remains cancer free.

“I think her case is an example of what we can and should do,” Rampersaud says. “There are other people like her who would benefit from high-dose IL-2 who never get the opportunity to try it because—since the newer agents came out—it’s almost never offered.

“She’s had a complete recovery. That’s a remarkable thing for something that is otherwise completely fatal,” he adds.