Duke’s Division of Head and Neck Surgery & Communication Sciences has adopted a new technique as its routine approach to repairing the skull base disorder superior semicircular canal dehiscence syndrome (SSCD): a one-hour procedure in which the surgeon accesses the area with the dehiscence from behind the patient’s ear.

With the new approach, patients can go home the same day and recovery is much easier than the traditional method, which typically involves a middle cranial fossa craniotomy to access and plug the dehiscence, followed by a one-night stay in the ICU and up to a three-day stay in the hospital.

Known as the transmastoid approach to the superior canal, the new procedure produces the same successful outcomes as the traditional craniotomy according to many studies and is gaining in popularity, says Duke head and neck surgeon David Kaylie, MD, MS.

The procedure involves accessing the area with the dehiscence through the mastoid bone from behind the patient’s ear and plugging the anterior and posterior limbs of the superior canal instead of plugging directly into the dehiscence. The repair restores the normal flow of acoustic energy to the cochlea and usually resolves symptoms.

“Craniotomy is a very successful approach to repairing the dehiscence, but it’s a big deal, and people don’t like being in the ICU and the hospital then having to take time off work or other activities for the long recovery time,” says Kaylie. He adds that most patients are good candidates for the transmastoid approach while many patients may not be good candidates for craniotomy because of various health risks.

Along with instituting the transmastoid approach as routine therapy, Duke head and neck surgeons are refining diagnostics for SSCD, considering it as the cause for myriad symptoms previously not considered in diagnosing symptoms.

The defining symptom has long been dizziness triggered when sneezing, coughing, hearing loud noises, straining, or making other movements that alter cranial pressure, Kaylie explains. “If people didn’t have those symptoms we didn’t think they had the condition. But now we’re becoming more vigilant in actually looking for it, and we’re finding it in people who have other symptoms,” he says.

Other symptoms including hearing one’s own breathing, footsteps, heartbeat, and eye movement. The condition can also produce a hearing loss, a constant sensation of ear fullness, vertigo, and chronic disequilibrium caused by the dysfunction of the superior semicircular canal.

Kaylie says that SSCD is a common condition but can simulate the symptoms of many ear disorders. He recommends that clinicians evaluate for the disorder whenever it is suspected, as patients can present with some or all of the typical symptoms. 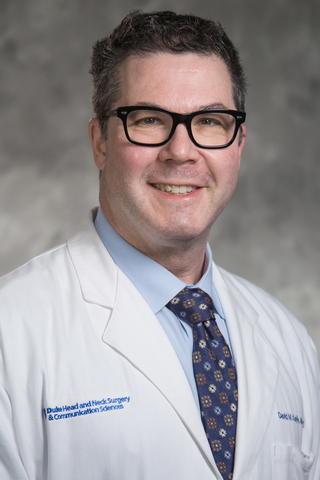