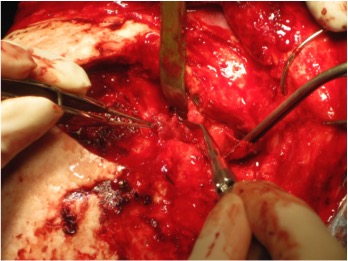 FIGURE 1. Tumor is carefully debulked but not completely removed

A 57-year-old woman was seen in January 2012 because of a recurrent brain tumor that spread to her right orbit. The tumor was excised in 2004, at which time the pathology report revealed it to be benign meningioma.

Allan Friedman, MD, a brain tumor surgeon at Duke, performed craniotomy, unroofing the top of the right orbit so that Julie Woodward, MD, an oculofacial surgeon at Duke, could debulk the tumor from the orbit. Friedman used a high-speed Anspach drill to remove the roof of the orbit. The craniotomy took about 5 hours to complete.

Once the periorbita was opened between the levator aponeurosis and the lateral rectus, the tumor was slowly extracted from the oculomotor nerves and extraocular muscles. The tumor was enmeshed in the plentiful fat within the orbit, so care was taken to slowly remove the tumor to control bleeding (Figure 1).

The tumor extended into the cavernous sinus, making the operation difficult. Following the operation, the tumor was noted to be World Health Organization grade 1 orbital meningioma. 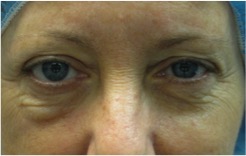 Three months after the surgery, the patient’s proptosis had decreased to 2 mm, and her vision had improved to 20/50. She only missed 2 of the color plates on the Ishihara color deficiency test. 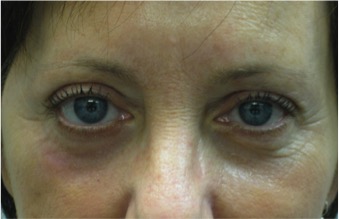 In September 2012, when she finished the radiotherapy, persistent swelling was seen under her right eye (Figure 2). Her eyes appeared asymmetric, so she underwent cosmetic surgery to improve the swelling and tighten the tissues around the right eye, along with surgery on the left eye so that it would remain symmetrical (Figure 3).


Answer: In this case, the patient wished to undergo a single ablative procedure.

Ablative laser resurfacing, which started in the 1980s, still achieves the most dramatic results, says Woodward.

Four-eyelid blepharoplasty and lower-lid fractional ablative laser skin resurfacing were performed. Blepharoplasty was accomplished with a laser alone. Laser resurfacing was applied more heavily on the right lower lid to tighten the chronic edema that had resulted after the craniotomy with orbital tumor resection.

“Although this was an aggressive laser treatment with the fractional ablative CO2 laser that required more healing time, her emotional well-being improved because she was happier with her appearance,” Woodward explains.

The procedure can be performed with local anesthesia, and recovery is not typically painful. In fact, most patients undergoing the procedure do not take any pain medications. Typically, they are able to drive in 2 to 3 days and can wear makeup in 10 days.

“Most patients look normal within 3 months because, by then, the redness generally has greatly diminished or disappeared,” she says.

In September 2015, the patient’s most recent examination at Duke included magnetic resonance imaging that showed stable meningioma in the lateral orbit and the cavernous sinus that had not grown since 2012. Her vision was 20/30 in the right eye, and she correctly identified all color plates. Exothermometry tests were symmetric and normal for both eyes. The patient’s only complaint was mild itching due to seasonal ocular allergies.

“Nonablative laser procedures are also effective and have faster recovery periods, but patients may need 3 to 5 treatments, and the results are still not as dramatic,” Woodward says.

She adds, “The ablative treatment took 10 days of recovery, but only 1 treatment was required for an outcome that made the patient happier.” Woodward says that she is pleased to be able to “treat the whole patient and to offer options for procedures that make the patient feel a better sense of self and lift her mood.”

In addition to the ablative treatment with laser therapy, Duke offers many nonablative options to tighten the face and neck and minimize acne scars. Minimally invasive devices include intense pulsed light treatment, deep skin tightening with microfocused ultrasonography to tighten extra tissue from the jowls and the neck, sometimes in combination with an injectable device machine to dissolve neck fat and minimize submental fullness.

Alternatively, Duke also uses a radiofrequency device to tighten the lower face and neck and minimize acne sears. Patients need 2 to 3 days of downtime for healing with this device, and 3 treatments are typical.  After these devices, facial fillers and neuromodulators are often used to provide youthful contouring.

The oculofacial surgery division at Duke includes 4 physicians who work closely with neurosurgeons, dermatologists, otolaryngologists, and oromaxillofacial doctors. “We enjoy working on a variety of challenging cases with our colleagues and discussing the best courses of surgery for each individual case,” Woodward says. To refer a patient, call 844-790-2013. 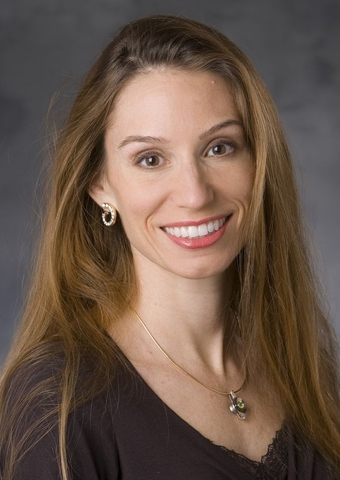