A peripherally acting opioid with multifunctional agonistic properties has shown to provide peripheral pain relief in morphine-tolerant mice with minimal side effects associated with classic opioids. The drug could serve as a potential candidate for treating pain disorders in humans, according to a study in the August 2019 issue of the British Journal of Pharmacology.

Wolfgang B. Liedtke, MD, PhD, a Duke neurologist and pain medicine specialist, senior co-author and co-corresponding author of the study, explains that the subcutaneous dose of DN-9, a multifunctional agonist for opioid and neuropeptide FF receptors, produced potent antinociceptive effects via peripheral opioid receptors. The study was a collaboration between Duke University (including Liedtke and Yong Chen, PhD, from the Liedtke Lab in the Duke Department of Neurology) and a group of investigators at Lanzhou University and the Shanghai Jiao Tong University School of Medicine in China.

“We are looking—perhaps more urgently than before—for what could at least partially replace opioids, and this collaboration is a highly welcome opportunity to do so because the approach is based on

peptides that naturally occur,” Liedtke says. “The ingenuity of the process is to engineer a new peptide out of two naturally occurring ones by fusing them together, tweaking the way the opioid is signaling in the organism and defusing the toxicity while still providing anti-pain effects.”

The continuous development of this multifunctional opioid peptide has significantly added to the research in that the molecule is applied subcutaneously peripherally and has no apparent direct effects on microglial activation of the brain or spinal cord. “Via peripheral site of action, this approach is similar to new self-injectable treatments for migraines,” Liedtke says.

This novel peripherally acting opioid with multifunctional agonistic properties has significant potential for translational medical development in the near future, Liedtke says. “This study is the result of a longer-term, dedicated effort, that is bearing fruition, and it indicates that this is a result of a research pipeline that could very well lead to the ‘opioid 2.0’ of the 21st century,” he adds.

While a future therapy for pain that relies only on non-opioids is desirable, Liedtke says that the opioid system should still be considered as an ally in the battle against chronic pain. “Chronic pain is an epic, large-scale, high prevalence disorder that is unresolved for too many patients, so the mandate to come up with more safe and effective treatments also stems from that. We are moving forward toward new practical solutions.” 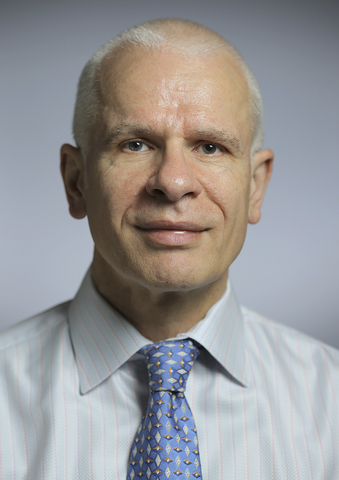