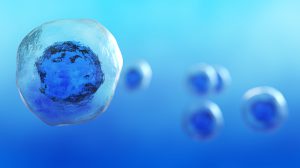 The primary outcome of the trial, published in the Journal of the American Society of Nephrology, was defined as the time required for post-intervention creatinine level to return to baseline following cardiac surgery.

“Much to everyone’s disappointment, we didn’t see any significant differences in the primary results,” Swaminathan says. The phase 2 trial randomized 156 adult subjects undergoing cardiac surgery with early postoperative AKI at 27 centers in the United States into 2 groups: patients treated with MSCs and patients who received placebo. Conducted from 2012 to 2014, the trial was the largest of its kind to date, Swaminathan says. The randomized patients were selected from 26,548 patients who were screened for eligibility for the study based on cardiac surgeries.

The findings are particularly significant, he adds, because they probably close the door on using MSCs to treat AKI following cardiac surgery. “From a fiscal standpoint, the scale and scope of the study will be hard to replicate,” he says. “We will likely look elsewhere for potential benefits unless we find a better way to deliver stem cells or their benefits.”

In the study, MSCs were injected directly into the aorta slightly above the renal artery, allowing them to flow preferentially into the kidneys.

AKI is a common complication of cardiac surgery, triggered by ischemia, toxins, and inflammation. The researchers attributed the absence of a significant recovery signal to several factors:

Swaminathan notes that a secondary finding—though not statistically significant—indicates a trend toward worse outcomes based on the fact that adverse events were slightly more frequent in patients treated with MSCs. This may highlight the complex role MSCs play in altering the balance between pro- and anti-inflammatory states.