In the multicenter, randomized phase III clinical study published in Ophthalmology in April 2019, participants who received the 0.18 mg single FAi injection had no flares during the first year and had fewer side effects than those previously reported for the surgically placed 0.59 mg FAi implant.

“This is the next generation of a sustained drug delivery system I’ve been working on with my collaborators for many years,” says Glenn Jaffe, MD, Chief of the Duke University Department of Ophthalmology Vitreoretinal Division. The single FAi implant—the size of a grain of rice—is injected with a 25-gauge needle into the vitreous cavity to allow the fluocinolone acetonide to be released through the membrane at an initial rate of 0.2 mg daily and decreasing to 0.1 mg daily over the course of the study period.

“The injectable implant has many advantages: You can place it in the office, with no surgery needed; you eliminate all the potential risks associated with being in the operating room; and it’s more cost-effective,” Jaffe adds.

Uveitis is thought to account for about 10% of legal blindness in the United States, with approximately 30,000 new cases per year. Patients presenting at the Duke Eye Center subspecialty uveitis clinic with this sight-threatening disease tend to be ages 20 to 50—in their prime working years.

“When these patients have recurrences and their vision decreases, there is the potential for additional complications or a further drop in vision, which has a big effect on their lives,” Jaffe says. “A single injection is overall much less disruptive than other treatments that involve multiple injections that may wear off and cause frequent recurrent episodes.”

Jaffe says that while the risk for cataracts from the local corticosteroidal implant is present in both the surgically placed and injectable FAi implants, there is less risk of elevated eye pressure that requires surgical therapy with the lower-dose injectable implant, which lasts up to three years.

The study showed that participants with the FAi insert experienced recurrence at 28% after 6 months and 38% after 12 months. In comparison, participants receiving the placebo injection experienced significant uveitis recurrence, with 91% at six months and 98% at 12 months. Jaffe notes that additional data from the three-year longitudinal study indicate that overall uveitis recurrence rates increased after two years, when the implant starts running out of medication. Another type of injectable implant that was not part of this study uses dexamethasone to treat uveitis, but it lasts for a much shorter period of time—only six weeks—and requires repeated injections compared with the single FAi implant.

In the future, Jaffe’s team plans to investigate how the implant begins to react now that it is available for general use. “Collecting information on real-world behavior of the FAi will be important because it’ll give further information on how efficacious this type of implant is and its benefits compared to that of other treatments,” Jaffe says. 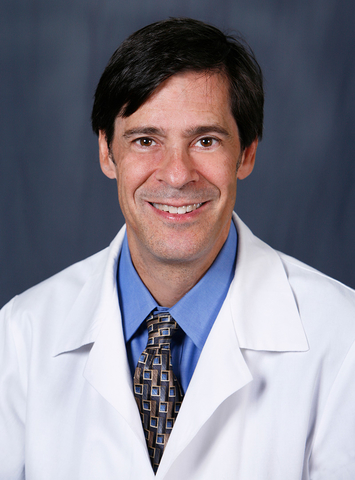