Shorter immobilization results in faster rehabilitation, but gender may factor into outcomes

“Duke has been revolutionary in its use of advanced techniques to make the recovery from thumb arthritis surgery more rapid,” says Ruch, a microvascular surgeon, noting that thumb arthritis surgery is the second-most common elective hand surgery at Duke. “It’s been a game-changer for the region, and patients come to us from all over the Southeast to have this procedure done to avoid the prolonged recovery time.”

Ruch explains that as people age, the ligaments that hold the thumb in place start to become lax and can slip out of the saddle joint, which results in a reduced ability to grasp and pinch and can lead to painful arthritis between the metacarpal and trapezium bones. That pain can cause significant problems with completing mundane activities, such as opening a pill bottle or putting on a pair of pants.

“The thumb accounts for about 40% of the use of the hand, so almost everything in life becomes more challenging,” Ruch says.

After conservative treatments, such as splinting, anti-inflammatory creams, and corticosteroid injections, Ruch says the disease inevitably progresses to the point where operative treatment becomes necessary.

Prior to the adoption of the fiberwire ligament reconstruction technique, the standard for thumb arthritis surgery for more than 40 years was ligament reconstruction and tendon interposition. In this procedure, a surgeon removes all or part of the trapezium bone and harvests the flexor carpi radialis, a wrist flexor tendon, in order to reconstruct the ligament. The flexor carpi radialis is passed through a hole that is drilled in the thumb’s metacarpal bone and is placed in the space that was formerly occupied by the trapezium. Though the surgery is successful in stabilizing the thumb, it is followed by a minimum six-month recovery time before the patient regains their strength and grasp, Ruch says.

With fiberwire ligament reconstruction, recovery time is shortened to three months. During the procedure, the thumb’s carpometacarpal joint is exposed through a 2-inch incision, and then the trapezium is removed in its entirety. Fiberwire is then placed through the incision and anchored at the base of the index finger; it is then brought out through the thumb metacarpal and tied there.

“The newer technique eliminates the need for harvesting the tendon, eliminates the need for drilling a large hole in the thumb metacarpal, decreases wrist stiffness, and significantly hastens recovery,” Ruch says. “In a cadaveric model, we also demonstrated that it was stronger than the ligament reconstruction and tendon interposition operation in terms of its ability to avoid collapse of the thumb.”

Ruch credits Duke Physical and Occupational Therapy for its contributions to changing Duke’s postoperative protocols for thumb arthritis. “Our hand therapists are some of the best in the country and really pushed to keep patients immobilized for three weeks instead of six weeks, which resulted in a significantly faster recovery time.”

Ruch notes that many studies indicate thumb arthritis is 20 to 25 times more likely to occur in women than in men. “The most commonly accepted factor for why this happens in women is that the angle at which the thumb sits upon the trapezium is much steeper than in men and is therefore more likely to slip out of the saddle joint,” he says.

Duke researchers are actively looking at this discrepancy by analyzing retrospective surgical outcomes in men and women who have undergone surgery for thumb arthritis. “Because men don't develop it nearly as frequently as women do, we don’t have a good understanding yet of whether men have the same postoperative course as women,” he says. 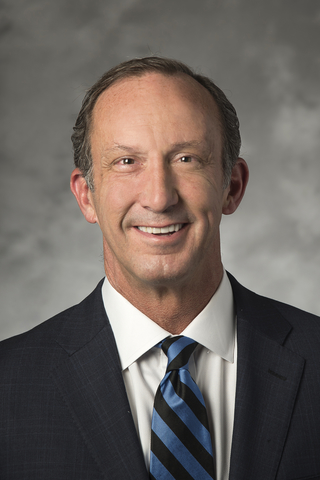