An embarrassing, rarely discussed condition, fecal incontinence can be debilitating for the approximately 20% of adults who cope with some form of it. For women, the condition not only affects quality of life but can also have a dramatic negative effect on genital hygiene, vaginal health, and lower urinary tract infections.

In a Duke study of 377 women published in September 2019 in The Lancet Gastroenterology & Hepatology, researchers compared the most common first-line treatments for fecal incontinence, individually and in different combinations. Although the findings showed minimal differences among the treatments, they could lead to new solutions and help physicians communicate more realistic expectations about these treatments to their patients.

The study’s senior author was J. Eric Jelovsek, MD, a specialist in female pelvic medicine and reconstructive surgery, and vice-chair of education for Duke’s Department of Obstetrics and Gynecology. “Because the pelvis encompasses both genitourinary and bowel functions, disorders of the pelvic floor can cause overlapping risk factors. As women’s health providers, Duke OB-GYNs see many patients with this problem.”

Jelovsek notes that there were several innovative aspects of this study, setting it apart from previous trials. One was how researchers compared the reported benefits of the multiple interventions within the same population. Another is the fact that this was a relatively large trial for fecal incontinence—most studies have only a small number of participants. And, the biofeedback intervention involved a number of rigorous quality assurance steps, including centralized certification for interventionists with a requirement to demonstrate their expertise in a face-to-face setting before enrolling patients.

As one of only seven centers in the U.S. designated as part of the Pelvic Floor Disorders Network by the Eunice Kennedy Shriver National Institute of Child Health and Human Development, Duke is well positioned to continue research into fecal incontinence and other disorders, explore new solutions, and help set standards and treatment guidelines.

“This trial helped demonstrate that more studies are needed to find effective treatments for fecal incontinence, since we proved that first-line treatments are minimally effective,” he says. “We need to build on what we know about dietary changes and other treatments and study new interventions, such as posterior tibial nerve stimulation, that have shown to be effective for urinary incontinence.” 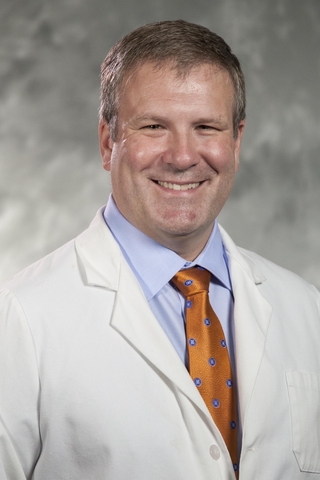