Emergency surgery is the most common treatment for type A acute aortic dissection (TAAAD) unless patients present with comorbidities that preclude a procedure. Even in cases where patients are deemed high risk for operation, surgery remains the most frequent choice.

But a risk model can be developed that may help determine if medical management (MM) of TAAAD offers a reasonable alternative for some high-risk patients, says G. Chad Hughes, MD, Director of the Duke Center for Aortic Disease and Surgical Director of the Structural Heart Disease program.

Hughes was senior author of a research letter published in March in the Journal of the American College of Cardiology which analyzed patient data from the International Registry of Acute Aortic Dissection (IRAD) to develop risk assessments for patients treated with MM.

The high mortality rate associated with surgical treatment of TAAAD—15% to 25% depending on the condition of the patient—was the motive for the analysis, Hughes says. “The study has given us more granular statistical data regarding outcomes with medical management that we have not had in the past to help with the decision process,” he says. “We want to provide more information about survival rates and risk to people involved in the decision.”

The study included 4,108 patients presenting with TAAAD to participating IRAD sites between January 1996 and February 2016. Patients who had undergone endovascular management were excluded. Overall, 10% (418) of the TAAAD patients during the study interval were managed medically. That proportion declined from 26% during the study interval spanning 1996-1998 to 9% during 2005-2007. Since 2005, the proportion of MM patients has remained stable, ranging from 7% to 11%.

In the entire IRAD TAAAD cohort, 47.1% of MM patients survived to discharge versus 82.7% undergoing surgery. Several factors were associated with survival with MM, Hughes says, including prior cardiac surgery and the most proximal extent of the dissection limited to the aortic arch or ascending aorta without root involvement, among others.

“We wanted to know the patient factors associated with successful medical management,” Hughes says. “This may make us more comfortable with the decision to avoid surgery in the highest risk patients.”

Duke is a leading center for aortic surgery and management and one of the highest volume aortic surgical centers in the nation. Duke joined IRAD in 2005 as one of the early academic medical center participants. The IRAD study directed by Hughes is the first in which Duke clinicians have taken the lead. First author was Alice Wang, MD, MHS, a research fellow working in Hughes’ laboratory. 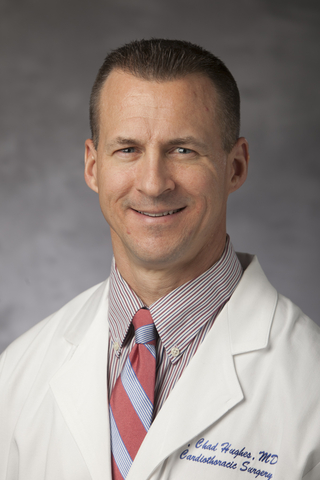