In this Q&A, Rahul A. Shimpi, MD, gastroenterologist and director of Duke’s esophageal disorders program, explains a new EM protocol and offers tactics to recognize and treat rumination syndrome.

Q: How do symptoms differ for rumination syndrome and GERD?

Shimpi: Rumination syndrome is a usually unconscious learned behavior in which a patient is contracting the abdominal musculature, increasing abdominal pressure, and causing forceful movement of gastric content into the esophagus and then into the mouth. The movement of gastric content in GERD is largely related to the transient relaxation and often anatomic disruption of the lower esophageal sphincter. Treatment for GERD symptoms typically begin with directed anti-reflux medications and other therapies, but patients with rumination syndrome do not respond very well to those therapies.

Q: How does the new protocol offered at Duke differ from a typical EM study?
Shimpi: In a traditional EM study, we evaluate a patient’s esophageal motility for a short resting period and again while the patient drinks 10 small sips of water, but the rumination protocol extends the time to 30 to 60 minutes. While monitoring the esophageal motility by a catheter that is placed in a patient’s nose and into the esophagus and stomach, we ask patients to eat whatever meal they think will cause them to experience their symptoms. In addition to measuring motility, the catheter also gives us impedance information, which allows us to assess for movement of content in both forward and retrograde directions. This way, we can also collect bolus movement information. This esophageal function testing protocol was refined and implemented with the expertise of my Duke gastroenterology colleagues Richard K. Wood Jr., MD, David A. Leiman, MD, Elizabeth Proch, RN, and Elizabeth Smith, RN.

Q: What is key to a diagnosis of rumination syndrome?

Shimpi: In a rumination episode, you should see an increase in stomach pressure followed by a pressure spike in the esophagus. This is associated with bolus moving upward from the stomach through the lower esophageal sphincter into the esophagus and then into the mouth. That’s the key feature for rumination syndrome; you don’t see that intraabdominal pressure increase with a typical GERD episode.

Q: Why is rumination syndrome more challenging to diagnose than GERD?

Shimpi: Reflux studies are not always 100% accurate. If a patient is ruminating, which is not something physicians often consider, content from the stomach will move into the esophagus—just as in GERD—and on a standard reflux study, it can look to all the world like a reflux episode, even though it’s rumination. Rumination is also often mistaken for vomiting. If a physician is not aware of rumination or not thinking of it, it would be difficult to make this diagnosis because it’s not something you just fall into.

Q: What treatments options are best for rumination syndrome?

Shimpi: The first step is to make the patient aware that rumination is the cause of his or her symptoms. We typically teach diaphragmatic breathing to help patients learn to stop involuntarily contracting their abdominal musculature when they eat. Biofeedback can sometimes be helpful. Helping a patient to be conscious of the fact that it is happening is a big part of treating the disorder, but you can’t change behavior until you the make the diagnosis, and you can’t make the diagnosis until you suspect it based on the appropriate testing. That’s where Duke’s expertise comes in. 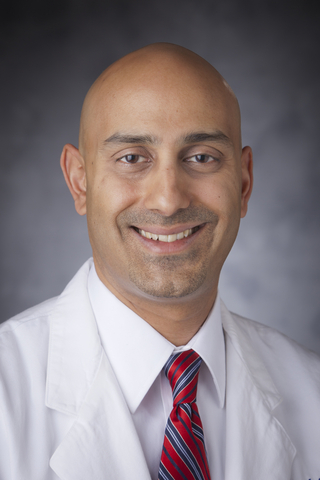