Through a new, multicenter study involving adults and adolescents, Duke urologists are expanding their understanding of the mechanisms and risk factors for severe ureteral stent-associated symptoms (SAS) after ureteroscopic lithotripsy. The findings are expected to help mitigate the burden of these symptoms among individuals with urinary stone disease, predict the individuals who may be at higher risk, and lead to new therapeutics.

Although urological guidelines don’t currently mandate the placement of stents following uncomplicated ureteroscopy, they are commonly used to keep the ureter patent and avoid postoperative obstruction, which can cause serious complications for a patient. However, a number of studies have shown that more than 80% of patients report impaired quality of life from stent-associated urinary symptoms and pain affecting daily activity. Approximately 32% of patients reported sexual dysfunction, and 58% reported impaired capacity or efficiency while at work. Symptoms often result in increased narcotic use and emergency department visits.

“The reality is that stents are very bothersome to patients, and we don’t completely understand why,” says Duke urologist Charles D. Scales Jr., MD, MSHS. “The symptoms can be mild to severe, and there doesn’t seem to be a uniform experience. Patients often tell me the symptoms caused by a stent are as bad as the stone itself.”

More on the STENTS Study

Scales is the lead author of the Rationale and Study Design for the Study to Enhance Understanding of sTent-associated Symptoms (STENTS), which was published in November 2020 in the Journal of Endourology. The multicenter study involves both adults and adolescents and is expected to be completed by the end of 2021.

In the study of 400 participants who have undergone ureteroscopic intervention for ureteral or renal stones, researchers will collect clinical details about the patients’ stone surgery, chronic pain conditions, comorbidities, medication use, pain experience after stent placement, and the impact of the stent on normal activities. A complete psychosocial inventory will assess participants’ levels of anxiety, depression, and other psychological conditions known to be associated with an extreme pain experience.

With the study’s findings, Scales envisions that over time researchers will be able to:

Scales notes that one of the aspects of this study—quantitative sensory testing (QST)—is unprecedented in stent research. This testing consists of applying a pressure stimulus to peripheral tissue and recording a pain-related response.

“QST will give us a high-level understanding of how people perceive pain and how they develop central sensitization to pain, which may allow us to predict postoperative pain and develop mitigation strategies” he says.” “QST is common in other areas of pain research but has never before been applied in stent-associated symptom research.” 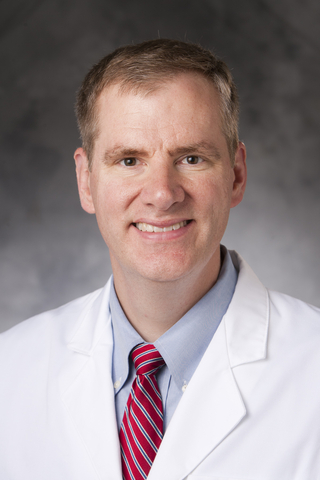