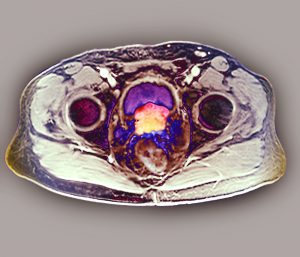 For many men with low-risk, early stage prostate cancer, active surveillance (AS) is a viable disease management strategy as an alternative to immediate or aggressive treatments. Early stage cancers often do not grow quickly enough to become life threatening, and large-scale clinical trials show that low-risk patients continue to do well through 10, and sometimes up to 15, years of surveillance. However, the absence of established selection criteria for patients who are good candidates for AS creates uncertainty and may lead to overtreatment of the disease, with many men being treated more aggressively than necessary.

Many urologists have used AS to varying degrees over the years, but there’s always been a high rate of surgery and radiation—even for low-risk patients, says Duke urologist Thomas Polascik, MD. “We’re so accustomed to treating patients right away that the mindset for managing early prostate cancer has traditionally been ‘detect, operate, or radiate.’”

Over the past 5 years, some urologic societies have taken a strong stance to ensure that men with low risk are offered AS as a first choice, Polascik notes, “but, when you look at the literature, there’s no single best method for selecting patients. So we came up with a multidisciplinary approach for implementing AS.”

The approach is detailed in an October 2017 study published in Therapeutic Advances in Urology and includes a nuanced PSA screening algorithm developed by Polascik and colleagues to guide urologists and primary care physicians in patient-shared decision-making for prostate cancer screening. From there, if a man is found to have clinically nonaggressive prostate cancer, he is then considered for AS.

Once AS is considered to be a viable option, the next step is to confirm it using the best diagnostic tools available. “Using standard diagnostic techniques in the past, up to 40% of the men who we thought might be candidates for AS weren’t good candidates after all, because they had more aggressive disease that wasn’t detected until a year after diagnosis when we repeated the biopsy,” says Polascik. “So, we’re now using a more stringent diagnostic testing protocol to ensure that they’re good candidates up front, rather than finding out a year later.”

Duke’s novel diagnostic tools include multiparametric magnetic resonance imaging (mpMRI), which combines several imaging techniques to determine the presence and extent of cancerous tissue in the prostate gland by evaluating certain radiographic sequences, blood flow to tissues, cell density, and ultimately fusion-guided biopsy, in which software fuses the detailed MRI scans with real-time ultrasound images of the prostate to provide a clearer target for biopsy.

Polascik says there is another important element that is often overlooked during the typically long-term period of surveillance: involvement of a patient’s primary care physician. The new Duke Center for Oncology-Primary Care in the Duke Cancer Institute (DCI) establishes a formal link between cancer care teams and primary care physicians, offering education in risk-stratified screening methods, guidelines from specialists trained in survivorship, and regular communication to ensure that the primary care physician is aware of all aspects of a patient’s treatment.

“Providers who refer a patient for cancer treatment don’t want the patient to become ‘lost’ in the medical system; they want to stay involved and continue to be an important part of the patient’s care,” says Kevin Oeffinger, MD, a family physician, founding director of the Duke Oncology-Primary Care Center, and director of the DCI Supportive Care and Survivorship Center. “Our main focus is to connect primary care providers and oncology providers—from a patient’s cancer screening all the way through survivorship.”

The center’s specialists also work to manage potential comorbidities rather than focusing solely on the patient’s cancer treatment. “What we’ve learned,” says Oeffinger, “is that cancer patients have much higher survival rates now, such that their leading cause of death is not the cancer, but instead, it’s cardiovascular disease. We’re often so focused on the cancer that we lose sight of managing medical conditions like high blood pressure and high cholesterol, which can go unchecked for several years at a critical time of a patient’s life.” The center is dedicated to changing that through closer partnerships and better communication with primary care physicians. 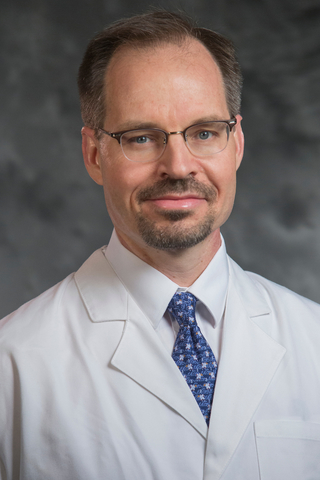