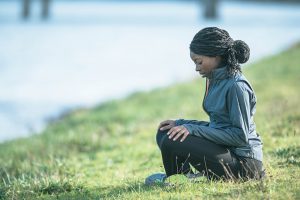 Although pharmacotherapies have proven efficacy in improving the core symptoms of attention deficit hyperactivity disorder (ADHD), they can have intolerable adverse effects and may not improve executive function (EF), emotion dysregulation, or other impairments often observed in adults with ADHD. Mindfulness meditation training has been proposed as an alternative intervention, based on its potential for enhancing attentional and emotion regulation and for activating executive attention networks in the brain. However, until recently, no controlled studies had been conducted.

In the first such study—published in the November 2017 issue of the Journal of Attention Disorders by researchers in the Duke ADHD program—individuals randomized to undergo an 8-week mindfulness treatment had improved self-reported and clinician-rated ADHD and EF symptoms compared with a control waitlist group. All participants in the treatment group completed the treatment with good attendance, and they completed meditation exercises regularly between sessions, suggesting that mindfulness meditation training is a feasible treatment option for adults with ADHD.

“This study adds to a growing body of literature that suggests that mindfulness meditation is both feasible and acceptable for adult patients diagnosed with ADHD,” explains the study’s lead author, John Mitchell, PhD, an assistant professor in Psychiatry and Behavioral Sciences at Duke. “Further, this is the first randomized clinical trial of mindfulness meditation training for ADHD in adulthood.”

ADHD symptoms were assessed weekly on the Current ADHD Symptoms Scale, which evaluates the 18 symptoms of ADHD from the DSM-IV, as well as 10 additional functional domains that could be affected by these symptoms. Unlike previous studies, researchers also examined EF and emotion dysregulation because these factors can play a large role in impairing function. ADHD and EF symptoms were also assessed for the first time using ecological momentary assessment (ie, electronic diaries completed repeatedly “in the moment”).

Although the study did not include symptom raters who were blind to group status and the final sample size was small (n=20), by restricting participants to adults with ADHD, introducing only a single treatment modality, and including a comparison group, the study represents an important step in assessing mindfulness as a potential treatment approach, the researchers concluded.

“The findings for the clinical trial are preliminary and provide a foundation for future, larger efficacy trials comparing mindfulness meditation training against an active treatment comparison group,” Mitchell says.