At the American College of Emergency Physicians (ACEP) Research Forum in Washington, DC, in October 2017, physicians and engineers from Duke and Stanford universities demonstrated a device that gives 2-dimensional (2-D) ultrasound machines many of the capabilities of more costly 3-dimensional (3-D) imaging devices, such as magnetic resonance imaging (MRI), computed tomography (CT), and dedicated 3-D ultrasound.

The key to the technology is a $10 microchip that mounts onto a traditional ultrasound probe, registers the probe’s orientation, then uses software to seamlessly stitch together hundreds of individual slices of the anatomy into a 3-D representation. The microchip and the ultrasound probe connect to a laptop programmed for the device, and—in seconds—the program creates a 3-D model that is similar in quality to a CT or MRI scan.

Joshua Broder, MD, an emergency physician and associate professor of surgery at Duke, is one of the creators of the technology. “With 2-D technology, you see a visual slice of an organ, but without any context, you can make mistakes,” he says. “These are problems that can be solved with the added orientation and holistic context of 3-D technology. Gaining that ability at an incredibly low cost by upgrading existing machines seemed like the best solution to us.”

After researching the technology on his own, Broder reviewed sketches with instructors and professors at Duke’s Pratt School of Engineering, some of whom have since taken positions at Stanford where they continue to develop the device. The team then used Duke’s 3-D printing labs to create prototypes.

Duke and Stanford researchers are currently testing the 3-D technology in clinical trials to determine how it might best fit into the flow of patient care. For example, Broder and his colleagues hope to demonstrate that the source and rate of bleeding can be measured at a trauma patient’s bedside using the 3-D technology so that the patient would not need to be moved to a CT scanner, which could delay care. And, in their ACEP presentation, Broder and his colleagues described how they collected 3-D brain images of a 7-month-old infant with hydrocephalus while the baby slept. This demonstrates that the technology could be an alternative to MRI scans, which can require infants to be sedated, or CT scans, which expose infants to radiation.

The research team believes that the current clinical trials could allow the technology to be brought to market within the next several years and is working to bridge some gaps between their adapted 3-D ultrasound technology and the 3-D technology already on the market, such as the ability to capture a beating heart in motion. 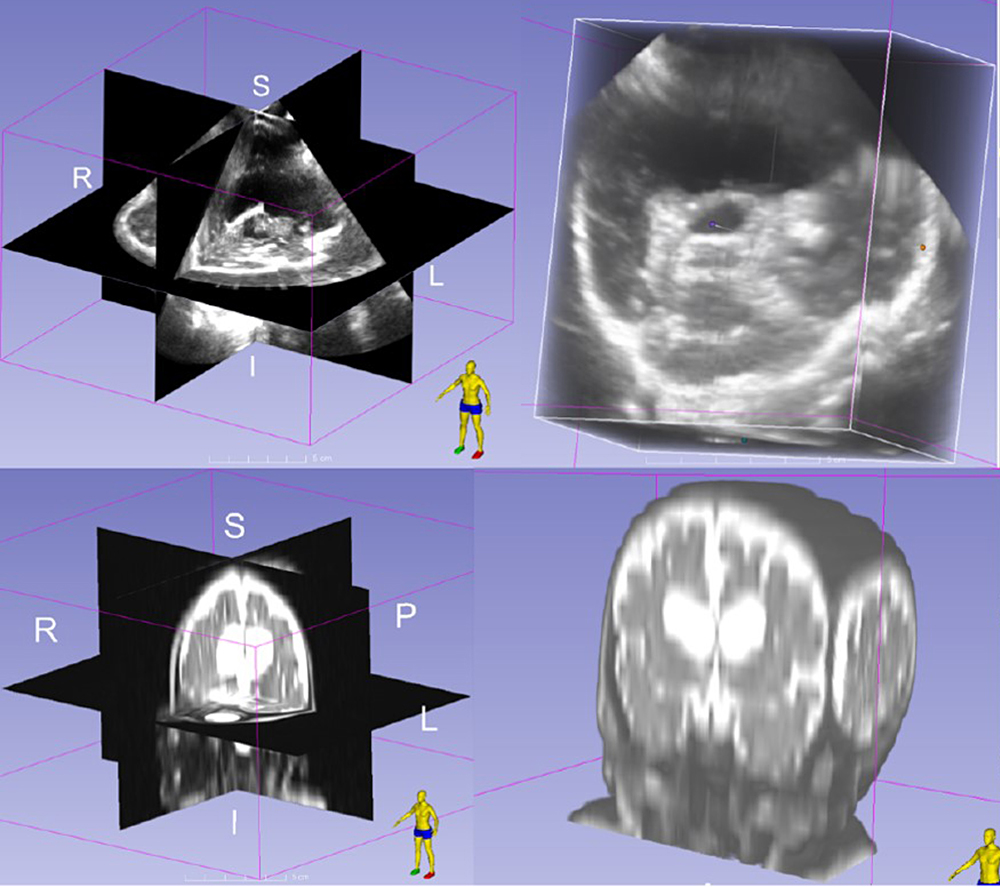