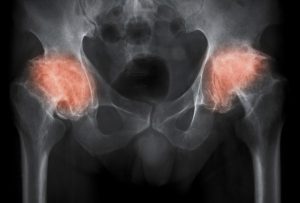 Researchers studying inflammatory conditions associated with rheumatologic disorders now recommend earlier, more aggressive and effective treatments as well as prompt referrals to specialists. However, they simultaneously caution that the risks of long-term metabolic change must be considered.

“Metabolic change can complicate the picture for treatment in some patients with rheumatologic disease,” says Duke Health rheumatologist and researcher David Pisetsky, MD, PhD. Clinicians and researchers must carefully monitor the interplay between metabolic syndrome and inflammatory diseases, he says.

The pathophysiology of the metabolic syndrome is not fully understood, but Pisetsky says it appears to be more common in patients treated with new approaches for rheumatologic-related inflammatory conditions. This may occur because some of the agents used to control inflammation have significant effects on metabolism.

Still, Pisetsky, who leads research on the mechanisms of autoimmunity, recommends aggressive, early treatment to achieve remission in patients with severe inflammation.

Aggressive therapy must be monitored, but referring physicians should recognize the value of proactive treatment. “If these diseases are not brought under control rapidly, they can do significant damage and result in considerable morbidity,” he says.

“When I started practicing, rheumatoid arthritis was virtually a wasting disease,” Pisetsky says. “Patients couldn’t do much physically. They tended to be underweight, chronically ill, and prone to osteoporosis.”

“Now they are doing much better and therefore may run into the same health issues as the general population. Better diet and more exercise will be key to reducing problems with metabolic syndrome.”