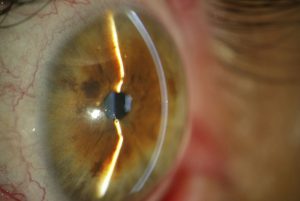 Spanning a 15-year period, a woman tried numerous medical interventions to manage her juvenile, open-angle glaucoma. Her ophthalmologist, Leon Herndon, MD, chief of the glaucoma division at the Duke Eye Center, first prescribed glaucoma drops. After several years, the drops failed to control her intraocular pressure (IOP), and she elected to undergo surgery.

Herndon then performed glaucoma tube-shunt surgery in both eyes. However, the tubes eroded through her protective tissues, making her eyes susceptible to infection, and he removed the tubes. Next, he tried trabeculectomy, which successfully controlled her IOP in her left eye, but the IOP in her right eye remained high (~ 30 mm Hg). By the time she was 33 years old, she demonstrated progressive loss of peripheral vision in her right eye.

Question: What new surgical option did Herndon perform to treat the patient’s glaucoma?

Herndon explains that, because the patient had extensive scarring on her eye, her treatment options were limited. However, microinvasive glaucoma surgery, which is associated with fewer complications than traditional surgery for glaucoma, presented a viable new option.

“I told her about the new class of surgeries and that there was one in particular—gonioscopy-assisted transluminal trabeculotomy—that I thought might work well for her,” Herndon says. “We agreed that we would try this less-invasive procedure first.”

After the surgery, the patient’s IOP dropped and she no longer required medication for her glaucoma.

“What’s nice about the timing of this outcome is that she’s contemplating pregnancy,” notes Herndon. “When you’re pregnant, you don’t want to be on a bunch of glaucoma medications, so it’s working out perfectly that she’s able to be off all medications.”

He adds that, at a 3-month follow-up visit, the patient met with an optometrist at the Duke Eye Center who fitted her for new contact lenses that allowed her to be free from glasses. Herndon reports that the patient says she feels like a “new woman.”

“We’re constantly looking for better, safer procedures for our patients, and microinvasive glaucoma surgical procedures are an option that are available now,” says Herndon.

“Although not a lot of centers are doing them yet, our operating room team is very well equipped to try new things, so I felt it was incumbent upon me to give the patient this option. Obviously, I’m thrilled it’s working for her.” 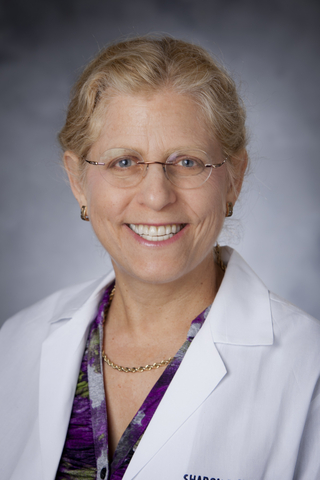