Duke University Hospital is the only medical center in the United States using the technology.

Cynthia K. Shortell, MD, chief of vascular and endovascular surgery and acting chief for trauma and critical care surgery, introduced the technology to Duke after training with Cydar EV, the UK-based creator and manufacturer.

“It has been an instant, blockbuster hit with everyone involved in these procedures,” Shortell says. “Every operating room participant has a story about the way this technology benefits our team—shorter procedures, lower radiation, less contrast agent, and much greater accuracy.”

The improved images have resulted in several advantages:

Previously, Duke surgeons studied preoperative 3-D images captured by computed tomography (CT) before surgery. During the procedure, they used 2-dimensional (2-D) images as part of the X-ray intervention to place the stent graft within the aorta. Images would register to the patient’s position; when the patient moved, surgeons had to wait for the image to register again. Visual accuracy was limited to a range of 7 to 8 milliliters. Procedures required slow, deliberate steps. The fusion-imaging technology, which allows physicians to follow the patient seamlessly, provides a much more precise level of visual accuracy.

“One of the challenges we face when doing complex EVAR is working with a 2-D image we see on fluoroscopy screen,” Shortell says. “But, obviously, we are working within a 3-D structure—the aorta—and we are moving wires through branches and trying to position the graft.”

In traditional EVAR procedures, the contrast agent is the leading cause of hospital-induced kidney insufficiency. “By using less, we can avoid tipping the patient into dialysis after the procedure,” Shortell says.

The cloud-based technology synchronizes with existing imaging systems within the hospital, Shortell says, and can be incorporated into operating suites without expensive upgrades.

Some benefits to patients are preventive in nature and subtle—requiring less anesthesia, for example, and reducing radiation burns.

The company name—Cydar—is an acronym for a question asked frequently in operating suites while the technology was being developed: “Can you do another registration?” The technology was developed in a partnership between imaging experts and experienced EVAR surgeons. 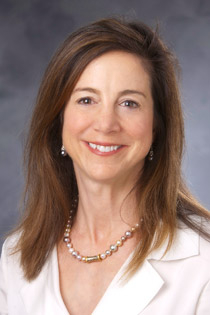