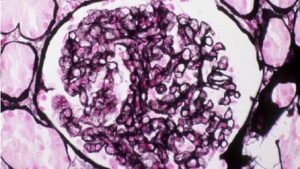 Lipid testing should be ordered when patients present with symptoms of nephrotic syndrome to rule out a rare, challenging condition: lecithin-cholesterol acyltransferase (LCAT) deficiency. If HDL levels are found to be extremely low, Duke nephrologists say checking for low serum cholesteryl ester levels or low LCAT levels is warranted.

An autosomal, recessive disorder in which cholesterol cannot be esterified onto high density lipoprotein (HDL), LCAT deficiency leads to the accumulation of unesterified cholesterol in the corneas and kidneys.

Eugene C. Kovalik, MD, and Melissa S. Makar, MD, nephrologists who have studied 2 presentations of this disorder at Duke, say LCAT deficiency has a prevalence of about 1 in a million patients. The nephrologists’ review of literature regarding LCAT deficiency indicates that 60 to 70 cases have been reported since the condition was described initially in 1967. The disorder has been previously described only in people of European or Japanese descent, but the Duke cases involved 2 African American patients presenting about a decade apart.

“The key point for nephrologists is that this condition is so rare, we just don’t often think about it,” says Makar. “But when we see a patient with the characteristics of nephrotic syndrome, it’s a good idea to order a lipid panel.” Extremely low HDL levels are not confirmatory, Makar says, but the results indicate the need for further testing.

An enzyme present in healthy adults that esterifies cholesterol is lacking in patients with LCAT deficiency. No long-term treatment exists and patients progress to dialysis. However, Makar notes that there is a case report in the literature of renal function stabilizing in a patient who received an infusion of a synthetic enzyme that effectively created esterified cholesterol. The experimental enzyme was exhausted in the single case, however. “In the long term, the development and wide-spread use of the synthetic enzyme is the key,” Makar says.

The research was presented as a poster during the 2017 Kidney Week meeting of the American Society of Nephrology in New Orleans, LA; Makar also gave an oral presentation on the topic. 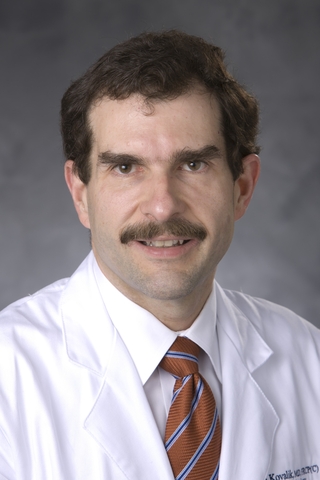