After presenting to his pediatrician with a thyroid nodule steadily increasing in size, a 6-year-old patient was referred to a local otolaryngologist for ultrasound and biopsy; however, results were inconclusive. The patient also saw a local endocrinologist, who requested labs that showed a thyroid-stimulating hormone level of 0.02 (with a reference range of 0.6 to 4.8), indicating hyperthyroidism.

Without a clear path forward, the patient’s family sought a second opinion at the Duke Pediatric Comprehensive Thyroid Clinic—the only one of its kind in the southeastern United States and one of few nationwide that specializes in diagnosing and treating pediatric surgical thyroid problems. The clinic is co-directed by pediatric endocrinologists Laura C. Page, MD, and Michael Freemark, MD.

“About 30% of thyroid biopsies come back in a ‘gray zone,’ potentially as atypia of undetermined significance or a follicular neoplasm,” Page says, “so it becomes a discussion with the family and making judgement calls on whether to remove a nodule that is potentially benign versus continuing to watch a nodule that may be malignant.”

Question: What next steps did Page and her team take to optimize this patient’s treatment for possible thyroid cancer?

Answer: The patient underwent a thyroid radioactive iodine uptake scan, which determined that only the nodule was hyperfunctioning as opposed to the entire gland. While hyperfunctioning (hot) nodules are associated with a lower risk for cancer than the more common nonfunctioning (cold) nodules, Page says “there is still a very small risk of malignancy—less than 5%—in hyperfunctioning nodules.”

Even with the low risk of cancer, removal of a hyperfunctioning nodule is important to prevent hyperthyroid symptoms, such as tachycardia, hypertension, weight loss, and hyperactivity in children. Therefore, the patient underwent a thyroid lobectomy to extract the portion of the gland containing the nodule and was discharged the following day. However, pathology soon confirmed that the nodule contained papillary thyroid cancer—the most common form of thyroid cancer in both children and adults.

Because thyroid cancer in children is more likely to involve both thyroid lobes and metastasize, the remainder of the patient’s thyroid gland was removed two months later. “If we had a high suspicion of cancer, we would have removed the entire thyroid gland from the get-go, but everything leading up to that point led us to believe that the nodule would most likely be benign,” Page says. “Fortunately, we caught it early, and there was no evidence that the cancer had spread to other areas of his body.”

The now 7-year-old patient is doing well on thyroid hormone replacement therapy, and he continues to be monitored at the Duke Pediatric Comprehensive Thyroid Clinic via labs, neck exams, and thyroid ultrasounds.

Freemark credits the Duke clinic’s success in pediatric patient care to its streamlined referral process and multidisciplinary team, including endocrine and pediatric surgeons and pediatric radiologists as well as colleagues in genetics, pathology, ultrasonography, ophthalmology, otolaryngology, oncology, anesthesiology, and nuclear medicine. In particular, he notes, “Our pediatric endocrinologists and thyroid surgeons work hand-in-hand to develop a consensus about the approach before, during, and immediately after a procedure,” he says.

“Our entire clinical team at Duke is equipped to appropriately diagnose and treat cases like these that aren’t necessarily straightforward,” Page notes, adding that the thyroid gland can be easily overlooked, especially when children are not having any symptoms associated with hypo- or hyperthyroidism. This can lead to late diagnoses of thyroid cancer, she says.

Page also cautions that children who have had a history of radiation therapy to the head or neck—including those who may have been treated with radiation for leukemia, lymphoma, or brain cancers—have a much higher risk of thyroid cancer. This increased risk usually begins 5 to 10 years after the radiation exposure, but ultrasound screening for thyroid nodules should be individualized, she adds.

Below she highlights the best approaches for examining the thyroid gland: 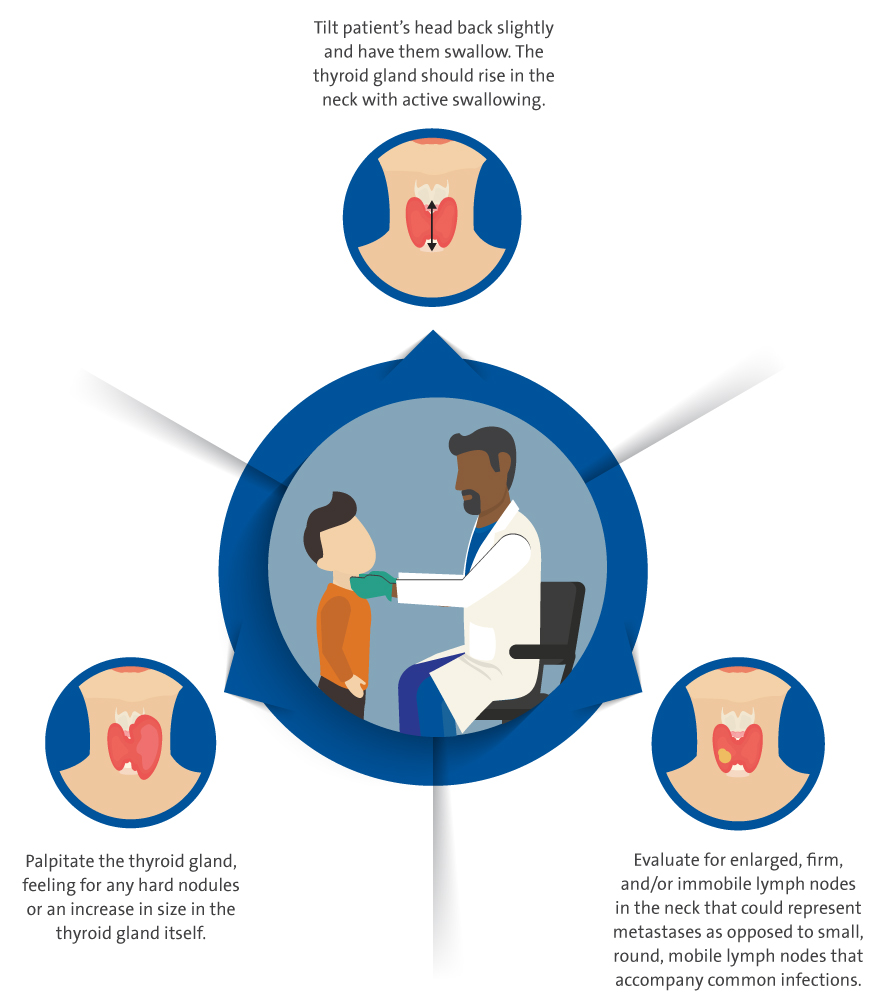 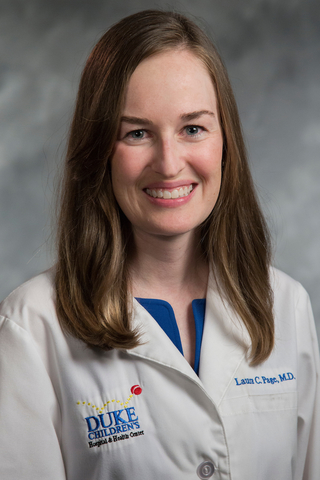 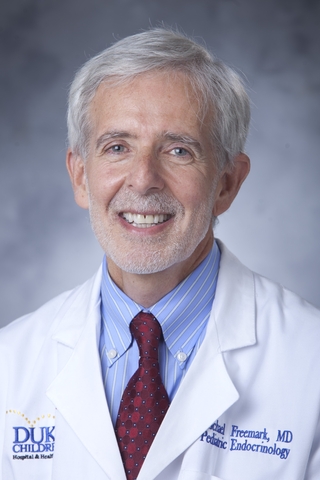