A 37-year-old woman with a 3-year history of abdominal bloating, pressure, and menorrhagia was referred to Duke Women’s Health Associates for evaluation. Her menstrual periods were so heavy that she had to change her feminine pads every 30 to 45 minutes and miss several days of work each month. Diagnostic ultrasound had identified the presence of 3 intramural uterine fibroids, ranging from 3 to 6 cm in size. She had seen several specialists before coming to Duke, all of whom recommended hysterectomy as her best treatment option, but she wanted to avoid treatment that required a prolonged recovery time.

She met with Duke Medicine obstetrics and gynecology specialist, Angel Nieves, MD, who reviewed her history and agreed that the fibroids were most likely the cause of her heavy bleeding. “One of the fibroids was growing a little bit inside the uterine cavity, and this was most likely causing the bleeding problem,” Nieves explained.

What approach would you suggest to treat this patient’s fibroids?

Answer: The patient was treated with magnetic resonance–guided focused ultrasound.

Despite the availability of less-invasive approaches, symptomatic uterine fibroids are frequently managed with hysterectomy or myomectomy, which confer the same risks associated with major abdominal surgery. Uterine artery embolization (UAE) is a minimally invasive alternative but typically results in significant postprocedure pain with an average recovery time of approximately 2 weeks. Nieves discussed these surgical and nonsurgical options with the patient, as well as a relatively new, noninvasive approach: magnetic resonance–guided focused ultrasound (MRgFUS).

Duke Medicine is the only North Carolina medical center to offer MRgFUS, a procedure that was approved by the United States Food and Drug Administration in 2004 for the treatment of symptomatic fibroids. In this procedure, ultrasound waves thermally ablate magnetic resonance–targeted tissue while normal tissue is blocked from damage. “We use a sophisticated software program that helps us define the anatomy and map where the fibroids are,” Nieves explained. “We are able to target very discrete locations for treatment.” MRgFUS is an outpatient procedure performed with conscious sedation, and patients usually return to their normal routines within 24 to 48 hours.

This patient’s primary goal was to avoid a long recovery period, so she chose to undergo MRgFUS. Because of the number of fibroids, two consecutive 4-hour treatments were required, spaced 1 week apart. The patient was able to go home on the same day and return to work 1 to 2 days after each procedure. “The only pain medication she needed after the procedures was a single dose of ibuprofen,” Nieves said. 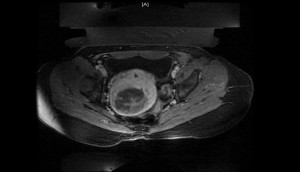 FIGURE 1b. Example MRI after treatment with MRgFUS.

Symptomatic improvement is the result of resorption and shrinkage of the necrotic fibroid over months to years. The average reduction in size of treated fibroids ranges from 23% to 40%. However, Nieves said that it is primarily the change from dense fibrous tissue to necrotic tissue that results in improvement (Figures 1a, 1b).

At a follow-up visit 1 month after the second procedure, the patient reported that the feelings of bloating and pressure had resolved, although she still had some menorrhagia. However, at a subsequent follow-up approximately 2 years after the procedures, all of her symptoms had resolved. “She was extremely happy to have been given a nonsurgical option in which she didn’t have to take too much time off from work,” Nieves commented.

Nieves said he and his colleagues have performed more than 100 focused ultrasound procedures. Although possible complications can include thermal damage to the skin, bowel, or spinal nerves, Nieves said the only complication they have observed is transient nerve compression in a woman, probably from positioning on the magnetic resonance imaging (MRI) table. Prospective registry data suggest that fertility and pregnancy outcomes do not appear to be negatively affected, although Nieves said he counsels patients that there have not been a large number of pregnancies in Duke patients who have received the procedure.

The procedure is not appropriate for all types of fibroids, Nieves explained. “We can’t treat fibroids extending above the navel—the size of a 20-week pregnancy or larger—because of proximity to other organs, we can’t treat pedunculated fibroids because there is a risk the stalk will disintegrate, and we can’t treat fibroids that are close to the spine because of the risk of nerve damage,” he said. In addition, patients with abdominal scar tissue are not good candidates for the procedure because the scar tissue absorbs thermal energy, which can result in skin burns. In addition, because of limitations related to the MRI table itself, patients weighing more than 250 lbs are ineligible for the procedure.

Despite the potential advantages of MRgFUS in the management of fibroids, the procedure is underutilized. The main reason, Nieves said, is that many insurance companies don’t reimburse for the procedure or only approve coverage on a case-by-case basis because it is still considered “experimental” despite being available for more than a decade. To help provide better patient access to the procedure, Duke Medicine works with a third-party agency to offer patient assistance in appealing insurance company denials; they are successful in about 20% of cases. Nieves says that UAE went through a similar phase but is now reimbursed by most insurance companies. He predicts that as more women learn about and request noninvasive approaches to treatment and studies begin to show their cost effectiveness, patient access will improve.