Can renal therapies keep up with his fast-changing treatment needs?

An 18-day-old infant was first referred to Duke Pediatric Nephrology because of renal anomalies. He was diagnosed with horseshoe kidney with cystic dysplasia. When he developed a severe urinary tract infection at 6 weeks old, he was admitted to the hospital for sepsis and respiratory failure.

The Pediatric Nephrology service was contacted for what was thought to be acute kidney injury, but the patient never recovered kidney function. A catheter was surgically placed for peritoneal dialysis, which was initiated when he weighed only 3.8 kg. His parents were trained to perform the procedure and he was discharged home to continue on peritoneal dialysis for 16 hours per day.  In addition to dialysis, he required gastrostomy tube feeds to provide adequate nutrition for optimal growth.

When the child was 7 months old, his mother felt a lump in his abdomen. Prompt evaluation revealed hepatoblastoma that required surgical removal and initiation of chemotherapy.

Question: When the infant needed surgery and chemotherapy, how did the nephrology team adjust to his changing needs for renal replacement therapy? And could he be a candidate for a kidney transplant?

Answer: The treatment team responded to the infant’s constantly changing needs by moving him seamlessly from peritoneal dialysis to intermittent hemodialysis to continuous hemodialysis with careful attention to his chemotherapy regimen, and eventually back to peritoneal dialysis. As his condition remained stable and he continued to grow, he could be referred for transplant evaluation.

“There are plenty of places that take care of infants on dialysis,” says pediatric nephrologist Annabelle Chua, MD. “But what was important in this case was our flexibility to be able to provide whatever dialysis modality and multidisciplinary care that the child needed in that particular moment.”

The patient required abdominal surgery to remove the tumor, resulting in compromise to his peritoneum and an inability to continue peritoneal dialysis. During his surgery, a small hemodialysis catheter was placed to allow for transition to intermittent hemodialysis.

Performing successful hemodialysis in a 7.6-kg infant requires good vascular access, specialized expertise, and appropriately sized dialysis equipment. Chua says that equipment adjustments included the use of a small dialysis filter matched to the infant’s size “to make sure that we were clearing enough but not clearing too much.” In addition, because an infant’s blood volume is so much smaller than an adult’s, it is essential to use neonatal dialysis tubing as well as donor blood to prime the hemodialysis machine, as opposed to the usual adult practice of priming with normal saline.

During his cancer treatment, at one point he became so ill that he required a quick shift over to continuous hemodialysis, which did not require new lines or procedures, but did require ready access to the appropriate equipment.

"Once he got better from his tumor surgery and finished his chemotherapy, we were able to transition him from the hemodialysis back to the peritoneal dialysis that his family could again do at home,” Chua says.

As he continued to recover well, the next step was to wait a year from completion of his chemotherapy without recurrence of his cancer before he could be considered for a kidney transplant and the accompanying immunosuppressant drugs—and to see whether he would grow and gain the weight needed to qualify for a kidney transplant.

The patient is now 21 months old and his 10-kg weight puts him at a size just large enough to receive an adult kidney. “He has been referred to our transplant program, where he is going through the evaluation process,” Chua says.

“There are so many factors that were crucial to help him get to this point,” Chua says. “The patient went from being stable on peritoneal dialysis to suddenly needing to switch to hemodialysis, including continuous hemodialysis, and then back to peritoneal dialysis. Our ability to transition seamlessly between these dialysis modalities in an infant/small child while taking into consideration other medical and nutritional needs highlights the resources that we have to care for these complex children. There were so many team members in addition to the pediatric nephrology team who played an integral role—pediatric surgeons, the dialysis team, pediatric intensive care unit team, pediatric oncologists, hepatologist, dietitians, and social workers who help guide the family, to name a few.” 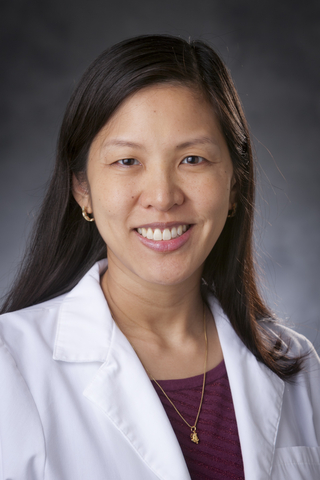