In an April 2019 study published in Parkinsonism & Related Disorders, Mantri and her team examined physical activity habits, including barriers and motivators, in 75 veterans with a mean age of 70.5 and a mean disease duration of 5.4 years. Veterans in the study completed questionnaires to assess their activity levels and were given an ActiGraph (ActiGraph: Pensacola, FL), a research-grade pedometer that tracks step counts and activity intensity based on the cycles per second in three planes of motion. In comparing the objective parameters of the ActiGraph data to each participant’s self-report, Mantri’s team noted that even the self-report was likely over-reported.

Veterans are unique in terms of patients’ past history playing into their current physical state, Mantri says. “These are people who were very physically active in early and mid-life but who have been largely sedentary since leaving the service and have had a significant decline in their health,” she adds, with comorbidities that may make it challenging to exercise, such as heart failure, diabetes, and orthopaedic issues.

Results showed that less than 15% of participants self-reported meeting the American Heart Association’s recommended 75 to 150 minutes of moderate to intense level of activity per week. Additionally, the study revealed that many veterans may not feel comfortable attending general exercise classes aimed at younger participants who do not have chronic illnesses, making it more difficult for them to meet their targets and enjoy the social aspect of group exercise.

Having these data drives home the concept that asking patients with PD whether they’re exercising or telling them to do so isn’t enough, Mantri notes. “One of the real challenges for people with PD is apathy due to loss of dopamine in the brain, so being able to find ways to encourage people in setting activity level targets is crucial in helping them to maintain independence and functional capacity and to promote the production of neurotropic growth factors,” she says. “We really need to get more targeted with our questions and make sure people are aware of the range of physical activity options so they will be able to stick with it.”

Mantri recommends that patients with PD consider working with a personal trainer to develop a routine appropriate for them, including strength training, flexibility, and balance training. Duke also offers several PD-specific interventions to help patients meet their activity level targets and increase their social network, including:

“We’re seeing that even patients early in the disease can achieve those activity targets, and that those who go from a lower or moderate level of activity to a higher level are the ones who experience the greatest benefit for cognition,” Mantri says.

Given the increasing popularity of wearable technology in PD research, Mantri is looking at ways to use this technology to track symptoms and give patients feedback on their activity levels. The most easily tracked effect of intense physical activity on PD, she says, is the impact on motor symptoms, including measuring gait speed, leg strength, and improvements or stabilization using the Unified Parkinson Disease Rating Scale.

She is also looking at whether the gate structure of patients with PD is accurately captured by commercially available activity trackers. However, by focusing simply on the wearable technology as the only disease-modifying strategy, Mantri cautions that researchers may be missing out on vulnerable patient populations, particularly those living on a fixed income, including many veterans.

“We want to bridge the gap between what people are willing and able to do on a day-to-day basis and what they can do in the controlled environment of a clinical trial setting,” Mantri adds. 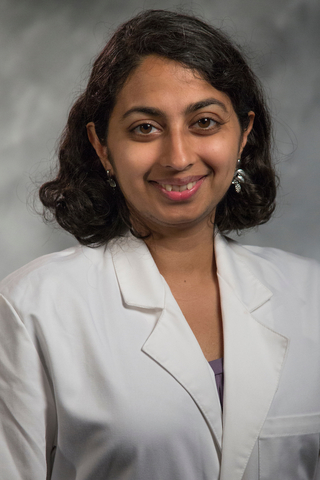