After three decades of little change in the chemotherapy agents to treat advanced bladder cancer, innovative immunotherapy agents are bringing new hope to these patients.

Since 2016, the FDA has approved five checkpoint inhibitors as second-line treatment—and two of those as first-line treatment for patients who cannot tolerate platinum-based chemotherapy. They may extend the lives of patients who were otherwise out of options. And there are additional treatments on the horizon and in clinical trials, according to Michael R. Harrison, MD, a Duke medical oncologist.

Harrison was with a patient on the afternoon the FDA announced it had approved atezolizumab, the first of the checkpoint inhibitors for bladder cancer: “When I told her about it, she broke down crying because it was such a significant event, to go from not really having any options to having this new option.”

The immunotherapy checkpoint inhibitors—atezolizumab, pembrolizumab, nivolumab, durvalumab, and avelumab—share a focus on inhibiting the programmed-cell death ligand-1 (PD-L1) pathway as a way of switching on the body’s immune system to attack the cancer.

Although the new agents have higher response rates than current chemotherapy, their response rates are still only at 15% to 25%, Harrison says: “But some patients experience complete responses, and others have partial responses that last a long time.” For pembrolizumab, the median duration of response in a phase III clinical trial was more than two years among patients whose cancer had progressed following platinum chemotherapy.

“Even though these immune checkpoint inhibitors are exciting, we still need other options for the many patients who don’t get a response,” Harrison says.

To that end, the immunotherapy drugs are still being tested in different sequences and combinations with various chemotherapy and targeted agents. Innovative therapies that open other lines of attack against urothelial cancer’s potential vulnerabilities are also on the horizon.

Erdafitinib was developed based on the knowledge that urothelial cancer has significant rates of somatic alterations, including mutations in fibroblast growth factor (FGFR). A gene-targeted therapy aimed at FGFR, erdafitinib received accelerated FDA approval in April 2019 for patients with susceptible FGFR3 or FGFR2 genetic alterations identified through a companion diagnostic test kit.

Enfortumab vedotin takes yet another approach. A monoclonal antibody-drug conjugate that targets a transmembrane cell adhesion molecule that is highly expressed in urothelial cancer cells, it is currently in clinical trials. It was granted “breakthrough therapy” designation by the FDA based on early trial results, and an application for approval is expected later this year.

“The explosion of clinical trials and new options on the horizon makes this a very exciting time for patients with urothelial cancer,” Harrison says.

For many patients, these trials may offer the best hope, with several underway at Duke Cancer Institute. For information on enrolling a patient, call 919-681-1030. 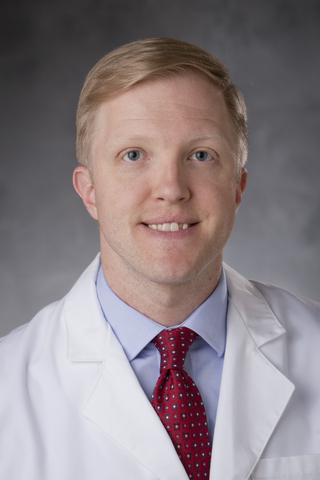