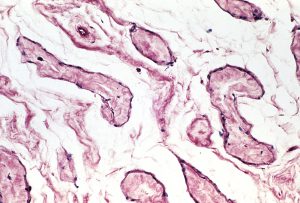 With the number of syphilis cases rising at a steady pace in the United States across almost all demographics, the Centers for Disease Control and Prevention (CDC) recently issued a call to action encouraging a heightened awareness among health care providers and asking them to take specific steps to help reduce the spread of the disease. These steps include:

Laboratories across the country are increasingly transitioning from the traditional algorithm to the reverse sequence algorithm (RSA) as a more efficient way to screen for syphilis. However, interpreting the results can be confusing for clinicians.

Question: What further actions should be taken by the provider for patients who have discordant results?
Clement: Actions are based on the patient's history. Thus, the provider should first ask whether the patient has a history of syphilis diagnosis or treatment. If the patient has been treated appropriately in the past and hasn't engaged in any recent high-risk behavior, the results likely represent the patient's history of syphilis (as treponemal tests are thought to remain reactive for life). Additional treatment is therefore not indicated.

Question: What if the patient is certain they have never been treated for syphilis?
Clement: If the patient has not been treated previously, the provider should initiate treatment for syphilis. For patients who are asymptomatic, treatment is usually for late latent syphilis with penicillin-G injections weekly for 3 weeks. Non-treponemal titers can diminish over time even without treatment, which can explain why non-treponemal results might be negative in the setting of positive treponemal screening.

Question: What about patients with discordant results who are symptomatic?
Clement: A discordant result could also indicate early primary syphilis. If a patient presents with a painless chancre, that is, evidence of primary syphilis, but the nontreponemal test is nonreactive, it may be because antibodies have yet to develop. In this case, the provider should repeat non-treponemal testing—the Rapid Plasma Reagin (RPR) or VDRL titer—and treat the patient empirically for primary syphilis. Another situation in which a false negative may occur is the prozone reaction, which happens when an overabundance of antibodies interferes with laboratory testing. This is more common in secondary syphilis. If the provider has a strong clinical suspicion for syphilis but RPR or VDRL testing is non-reactive, he or she should alert the lab, and dilutions can be done to reveal the expected agglutination.