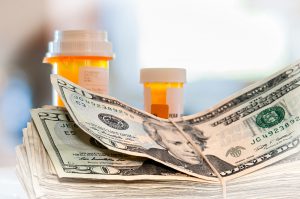 Most prescriptions for the cholesterol-lowering proprotein convertase subtilisin/kexin type 9 inhibitors (PCSK9i), alirocumab and evolocumab, are unfilled because of high out-of-pocket costs and strict prior authorization practices of health insurers, according to a study from the Duke Clinical Research Institute (DCRI).

In the study, published online in November 2017 in JAMA Cardiology, researchers used pharmacy transaction data from more than 45,000 patients who received new prescriptions for PCSK9i and found that approximately one-half of patients received approval from their insurer and approximately one-third of the approved prescriptions were never filled because of high out-of-pocket costs.

“This study basically reveals a system of rationing by roadblocks,” says lead author Ann Marie Navar, MD, PhD, an assistant professor of medicine at the DCRI. “Access comes down to patients whose doctors are persistent enough to win payer approval through multiple appeals and patients who can afford the out-of-pocket costs.”

The study also found that the first time a prescription was submitted to a payer, more than 80% were initially rejected. Even after multiple appeals, more than half of the patients never received approval for the medication. The median time between initial submission and approval was about 4 days, but some patients waited nearly 3 months for therapy.

“The current system we have is, at best, a very blunt instrument to restrict use of high-cost therapies to those who need it most,” says Navar. “We need to figure out a better way to contain costs. We also need to better identify which patients are the best candidates for prescribed therapies so we can apply the same approval criteria across the board.”