After falling off a 9-foot ladder, a 57-year-old man sustained severe pilon plafond fractures of both ankles, requiring joint-spanning external fixators on each leg to temporize the closed injuries. Due to persistent swelling, however, the patient was told in multiple follow-up appointments over the course of almost three months that operating was not yet possible. Meanwhile, the fractures were healing improperly while he remained wheelchair bound.

Seeking a series of second opinions for salvaging his ankles, the patient was given treatment options that included—among others—bilateral amputation. Contemplating the gravity of that opinion, the patient next presented at Duke to Karl M. Schweitzer Jr., MD, foot and ankle orthopaedic surgeon based in Raleigh, who offered an innovative surgical approach to minimize the impact on the patient’s daily life.

“Treating these injuries is pretty significant at baseline, let alone months out when there is already bone healing in a poor position,” Schweitzer says. “It's an anomaly to keep temporizing external fixators on for more than two months and not have a surgical plan for the patient in place.”

Question: What treatment plan did Schweitzer choose to correct the patient’s ankle malunions?

Answer: After reviewing CT scans with the patient and considering different approaches, Schweitzer decided to do staged bilateral open reduction and internal fixation (ORIF) surgeries, performing osteotomies to realign and reduce the complex distal tibia-fibula fractures that had healed with a crooked alignment and incongruent joint. He completed the right ankle on a Friday and the left on the following Monday, to allow for recovery over the weekend. Each surgery took approximately three hours.

“When he presented to me, his ankles were not so swollen that I would deny him surgery, but he was certainly not in an ideal place to have the surgery he should have had a few months before,” Schweitzer says. “You get to the point where it's not the same beast as it was. We needed to treat the malunited fractures that had already healed rather than just put puzzle pieces back together.”

Schweitzer notes that ankle fusion would not have been a viable salvage option at that time because of the patient’s tibial malalignment from the external fixators and would have caused continued pain and disability and altered the patient’s gait. “I knew that if we could get his tibia to heal, he’d be in a much better position down the road if he needed to have something more definitive done to the ankle, like having it fused or even having a replacement,” he adds.

The patient was required to be non-weightbearing for 2.5 months, after which he was cleared to wear walker boots on both feet to work on range of motion. He was also completing physical therapy on his own, and because he was so comfortable maneuvering in a wheelchair after the initial injury, he simply went home instead of to rehab.

Five-and-a-half months after these extensive surgeries, the patient was walking normally in sneakers with almost no pain and has excellent range of motion for both ankles. “The patient understood that it would be a long recovery, but it was honestly much shorter than I expected,” Schweitzer says. “This was a high-risk case to begin with in terms of infection potential, but every incision healed perfectly. His ankles move phenomenally, and he's obviously not thinking about any more surgery on his ankles at this point.”

However, Schweitzer says that due to the delay in surgery and the severity of initial damage to the patient’s cartilage surface of the joints, he has a much higher chance of developing some degree of arthritis later in life. “We’ve talked about if the arthritis progresses, we may have to make a decision. But he's just thankful to have his legs and be able to walk and live a normal life with his wife,” Schweitzer says. 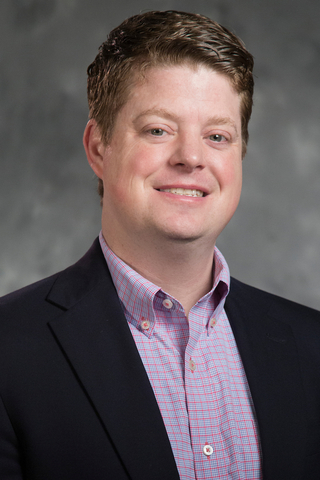