During an 8-month period, a 48-year-old woman who was losing her vision had repeated consultations with her local optometrist to optimize her prescription for bifocal contact lenses. When her vision continued to deteriorate, she went to a new optometrist who concluded that, given that standard eye examination failed to reveal the cause of her vision loss, the source might instead be neurologic. He referred her to a neurologist.

Findings on magnetic resonance imaging (MRI) revealed 2 giant aneurysms compressing her optic nerves, threatening not only her vision but also her life (Figure 1). A local cerebrovascular surgeon suggested she undergo endovascular coiling to slowly divert blood flow from the aneurysm, effectively sealing off the aneurysm over time. The patient sought a second opinion and was directed to the Duke Cerebrovascular and Skull Base Center.

Duke neurosurgeon Ali Zomorodi, MD, and neurosurgery physician assistant Lazaro Gonzales, PA-C, assessed the patient’s situation: Because of the size and location of her bilateral aneurysms, direct surgical clipping to occlude the aneurysms presented unique and complex considerations. However, endovascular flow diversion with a stent, though likely to successfully treat the aneurysms, would lead them to initially swell and compress the optic nerves, causing the patient to permanently lose her vision.

Question: What procedure did the clinicians recommend as having the best chance of treating the aneurysms while preserving the patient’s vision?

FIGURE 1: Initial angiograms of the cerebral aneurysms in the patient.

After careful consideration of her options, the patient elected to undergo the procedure at Duke. The neurosurgical team was able to schedule her for a first surgery to treat the aneurysm on her right side within days.

Before the procedure, the neurosurgery and anesthesia teams held a bedside conference with the patient to make sure she understood the plan and to address any concerns she had. “Given the rarity and complexity of her case, we wanted to make sure everyone was on the same page and that the patient was as comfortable as possible,” Zomorodi says.

The procedure lasted 9 hours, during which the anesthesia team periodically employed adenosine cardiac arrest to decrease blood flow. Upon completion of the surgery, the aneurysm was eliminated, and the optic nerve on the right side was salvaged, resulting in improvement in her visual acuity.

Based on the procedure’s success, the team scheduled a second surgery for the patient’s left side for a few days later, after she’d had some time to recover. Once again, the surgery was successful in decompressing the optic nerve and securing the aneurysm. This time, decompression of the aneurysm did not require adenosine-induced cardiac arrest.

In the following weeks, Zomorodi performed endovascular stenting of the right-side aneurysm and coiling of the left-side aneurysm. It was then safe to use a catheter to deliver a flow-diverting stent that sealed off the remaining portion of the aneurysm on the right and coils to protect the small residual on the left (Figure 2).

The patient has had a good recovery, reports Gonzales, who has helped the patient manage her postsurgery care and served as her point of contact for addressing other concerns. Zomorodi agrees, adding: “I feel comfortable saying that she doesn’t have any threat to her life from these aneurysms anymore, and she’s also gained a bit of her vision back.”

Still, the team will continue to monitor her condition because, although the aneurysm’s cause was unknown, their size suggests that she may be predisposed to developing them. 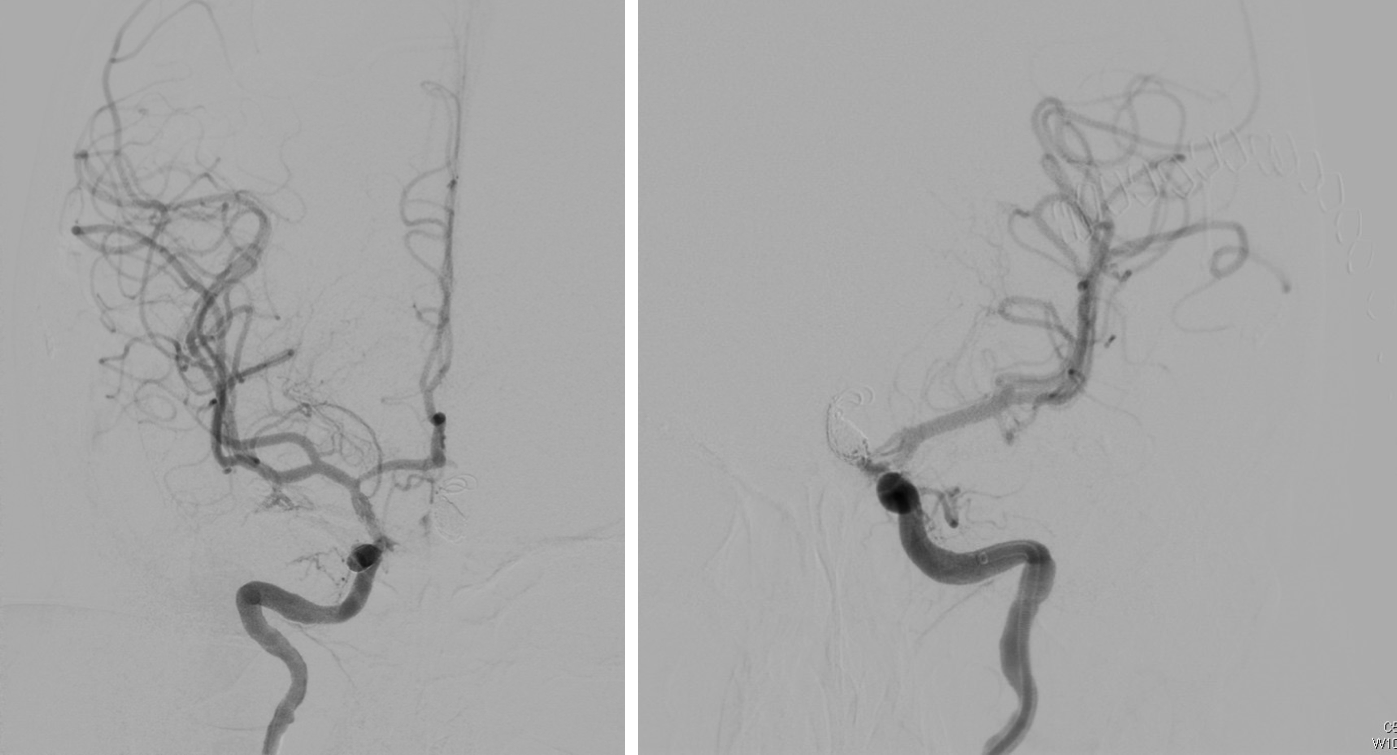 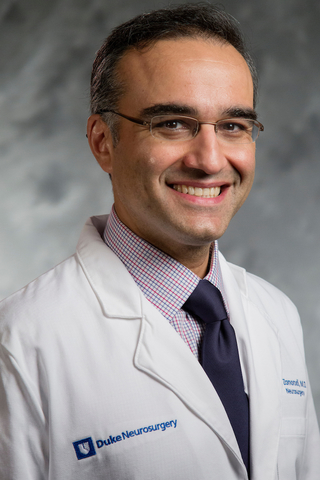