The PIM initiative focuses on reducing the use of medications inadvertently prescribed during the ED discharge process that contribute to falls, medication interaction, delirium, and other consequences when patients return home, resulting in future admissions and longer periods of hospitalization.

Duke geriatricians say the PIM initiative has significant potential because of the number of senior patients treated in the ED. From April 2017 to March 2018, 7,382 ED visits to Duke for people aged 65 or older resulted in discharges to the home rather than admissions.

“It’s a complicated issue that falls under the rubric of optimizing pharmacologic therapy in older adults,” says Kenneth E. Schmader, MD, chief of the Duke Division of Geriatrics and a leading national researcher in the field of geriatric medicine. “There are many challenges present in identifying and delivering the best medication regimen for elderly patients with multiple morbidities.”

As part of the PIM initiative, Duke geriatricians and ED physicians emphasize avoiding medications from the Beers Criteria for Potentially Inappropriate Medication Use in Older Adults (Beers List), a guide that helps physicians limit or deprescribe unnecessary medicines while choosing safer formulations with fewer risks.

The collaboration has led to the creation of a custom-designed order set—the ED Geriatric Discharge Order Set—provided within EHR software that directs ED physicians to medications recommended by the Beers List. New signs and badges that spotlight drugs to avoid and recommend alternatives are displayed prominently in the ED. The order sets were launched in July; signs and badges were introduced in September.

Peer review benchmarking and feedback are two novel aspects of the effort, says Susan Nicole Hastings, MD, a geriatrician and senior fellow in the Center for the Study of Aging at Duke. Hastings and her team are leading the effort known as Enhancing Quality Prescribing Practices for Older Adults Discharged from the ED (EQUiPPED), a multicenter collaboration with Mt. Sinai Hospital in New York City and Grady Hospital in Atlanta. Emergency department representatives Stephanie A. Eucker, MD, PhD, and Wennie Huang, PharmD, worked closely with Hastings and Laura Ann Previll, MD, MPH, a geriatric medicine specialist, to implement EQUIPPED.

“The interventional aim is to reduce falls and improve cognition while resulting in fewer hospitalizations,” Hastings says. 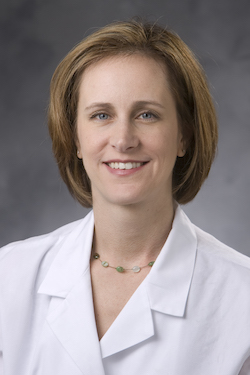 What we really worry about is confusion and sedation. Many medications can have anticholinergic effects. Given how common polypharmacy is, it’s very easy to include a drug such as cyclobenzaprine that introduces risk to a patient returning home.
Susan Nicole Hastings, MD, a geriatrician and senior fellow in the Center for the Study of Aging at Duke

Each ED provider receives a report indicating how many medications prescribed during the previous month met Beers List guidelines. In addition to audits and benchmarks, Hastings and her team believe personal feedback to ED physicians will help establish new practice models. A long-term goal, Hastings says, is to secure additional funding and begin a larger clinical trial.

Eucker, who is leading the collaboration with the ED, predicts that outcomes will be promising. “If we can work with every senior patient to ensure we are avoiding the most common medication problems, we are going to deliver higher quality patient care,” Eucker says.

The ED is a common site for urgent care of older adults, Hastings says, but prescription drug regimens remain relatively understudied compared with medication research in hospitals and primary care clinics.  “What we really worry about is confusion and sedation,” Hastings says. “Many medications can have anticholinergic effects. Given how common polypharmacy is, it’s very easy to include a drug such as cyclobenzaprine that introduces risk to a patient returning home.”

Simultaneously but separately, a Duke nephrologist is beginning research to assess the risks of PIMs to patients on dialysis. Rasheeda K. Hall, MD, MBA, MHS, says older patients on dialysis should receive a comprehensive geriatric assessment that reviews medications with an awareness of their effect on geriatric syndromes. “We want to look at the decision to discontinue or taper a specific medication,” Hall says. “We want to better understand the barriers to stopping a medication.” 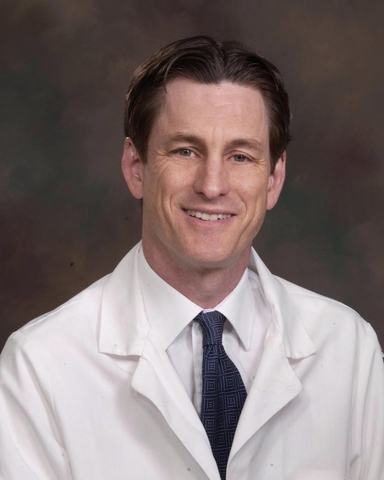 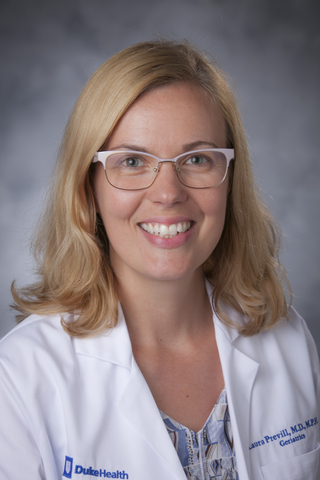 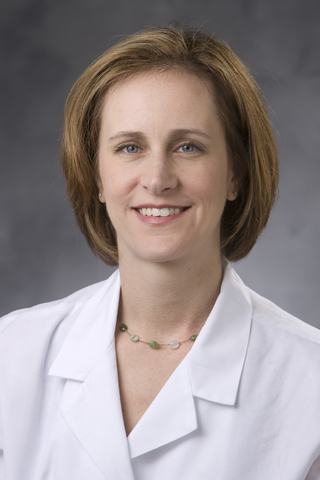