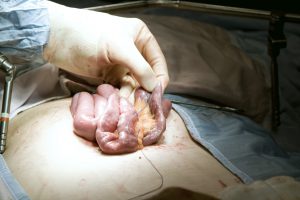 Roux-en-Y gastric bypass surgery leads to long-term remission or improvement of type 2 diabetes mellitus (T2DM) and a significant decrease in microvascular and macrovascular complications, according to a study published in the November 2015 issue of Annals of Surgery.

The objective of the study was to compare the long-term outcomes of 2 groups of patients with T2DM who were also morbidly obese. Roux-en-Y gastric bypass surgery was performed in one group of study patients, whereas those assigned to the comparison group received medical management.

Even though multiple studies have shown dramatic improvements in the management of T2DM following gastric bypass surgery, Portenier explains that clinical evidence now supports the surgical procedure as a treatment for T2DM.

“It is now undeniable that the benefits of this procedure far outweigh the risks,” says Portenier. “In fact, we’ve reached the point where it’s less risky for certain individuals to have the surgery than to not have the surgery.”

The control group consisted of 80 study volunteers who were obese and had T2DM, as well as similar body mass indices, age, race, and disease severity. Those assigned to the surgical group had undergone the procedure between January 2000 and July 2004. For both treatment arms, the median follow-up period was 11 years.

The study also found that those in the surgical group had a lower incidence of macrovascular and microvascular complications.

Both the American Diabetes Association and the International Diabetes Federation recognize bariatric surgery as a management option for patients with T2DM who are also obese.