A six-year-old boy from Dubai began to experience corneal ulcers, scarring, and diminished visual acuity. The family’s ophthalmologist diagnosed the child with neurotrophic keratopathy (NK), a degenerative condition of the cornea which results from an insensate cornea. Despite consulting with multiple eye doctors in the region and other physicians based outside the country, the family could not find a specialist who could offer a solution. The family was concerned that the untreated condition would result in permanent blindness.

Question: Was the 6-year-old boy a candidate for Leyngold’s novel procedure? What steps did Leyngold recommend to treat the patient?

Answer: Recognizing the boy’s long-term risks, Leyngold accepted him as a patient and performed a minimally invasive procedure to harvest and reposition his adjacent sensory nerves to the surface of each eye. The boy has recovered much of his corneal sensation. His vision is improving rapidly.

During the minimally invasive procedure, Leyngold accessed the patient’s supraorbital sensory nerves that extend underneath the forehead muscle to the hairline by making a small incision in the crease of the upper eyelid. “We did not have to do a nerve graft in this case,” Leyngold says. “I was able to directly harvest his own nerves situated above the eye and relocate them to the surface of his eye.”

After the supraorbital nerves were isolated, Leyngold secured enough of the tissue to rotate it, tunneling back down through the incision to access the conjunctival tissue lining the front surface of the eye. “Essentially we sutured the end of each nerve to the sclera underneath the conjunctiva adjacent to the cornea,” he says.

Because of the patient’s young age, his recovery occurred faster than in an adult, Leyngold says. “Now he is 20/20 to 20/30 in one eye and the other is improving significantly.”

Leyngold continues to monitor the patient’s condition by studying images and test results provided by the local ophthalmologist and by remaining in contact with the boy’s father. Because of his successful recovery, the boy has not needed to return to Duke since the August 2018 procedure.

Corneal neurotization has revolutionized the treatment of NK because it provides a definitive solution to the disease, Leyngold says. Although the concept of neurotization has been described before, Leyngold developed the minimally invasive technique to perform the procedure, reducing the morbidity and risks of the surgery. “More patients will benefit from and have access to the procedure,” he says. 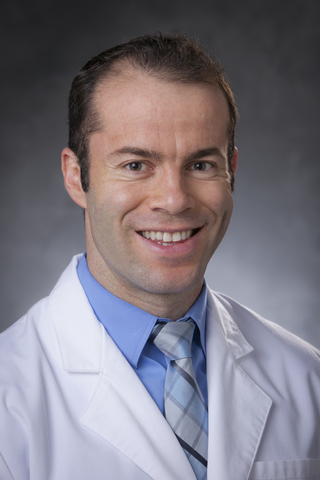